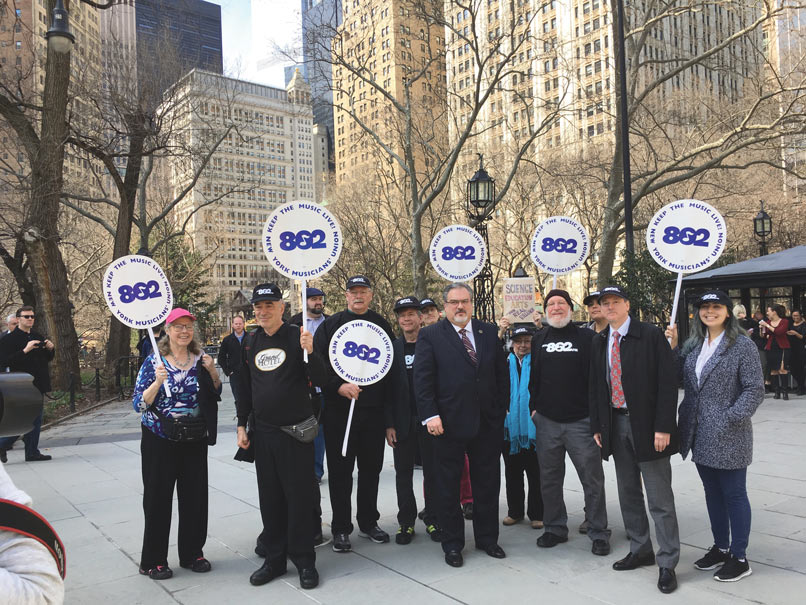 Members of Local 802 (New York City) joined other unions, including Actors Equity Association, for a Rally to Save the Arts in front of City Hall in New York City. 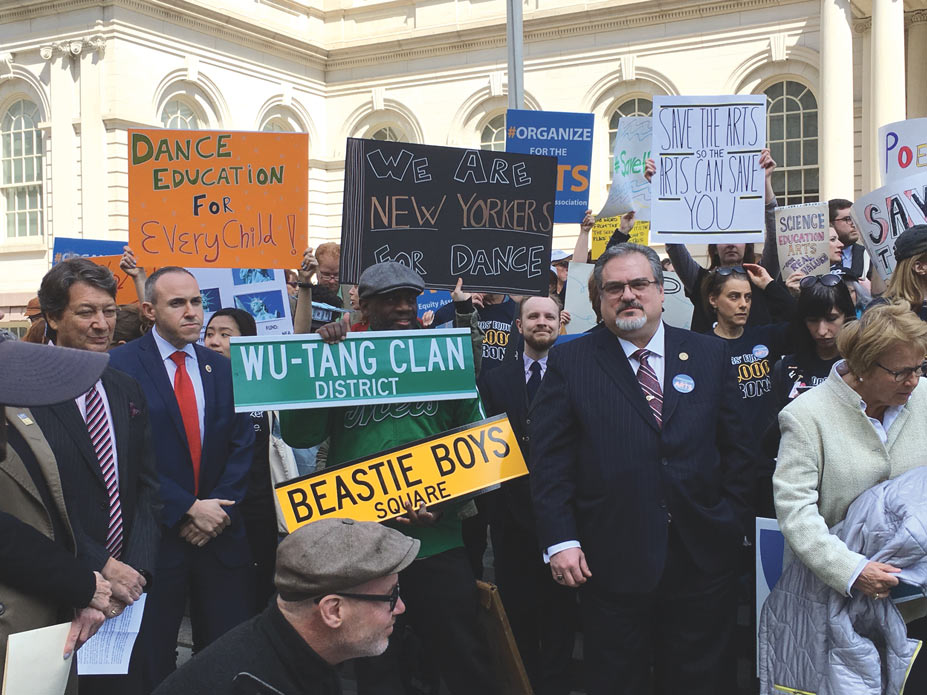 Local 802 President Tino Gagliardi was one of the speakers at the April Save the Arts Rally. 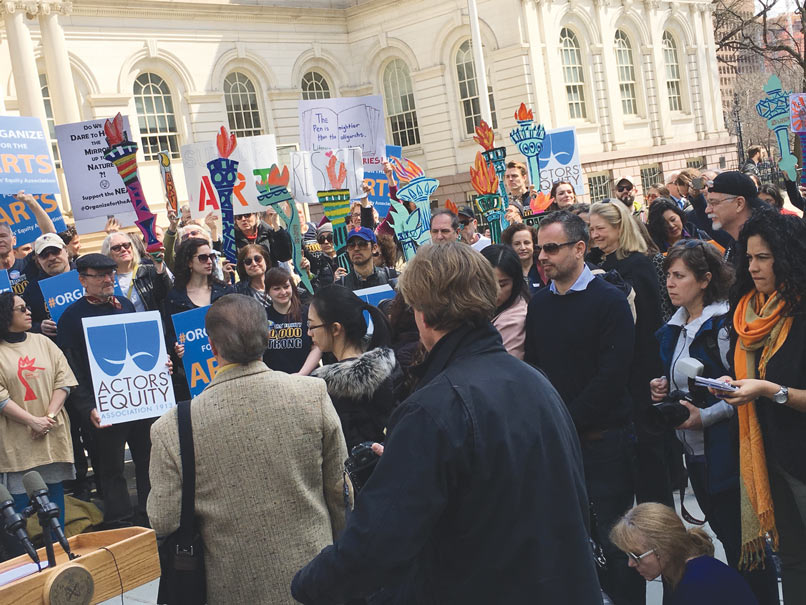 Hundreds of arts leaders, workers, and supporters turned out for a Rally to Save the Arts held April 3 in NewYork City. 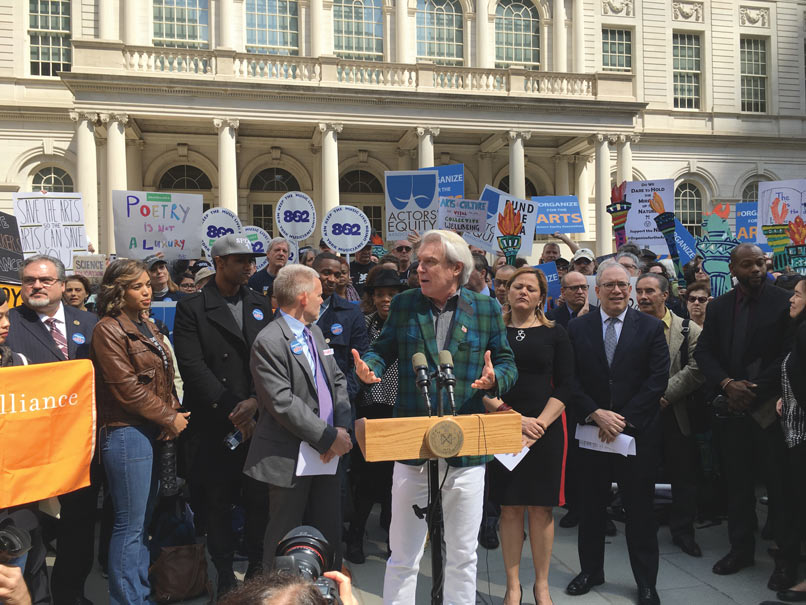 Among the speakers at the New York City Rally to Save the Arts was Local 802
(New York City) member David Byrne, a founding member of the Talking Heads.