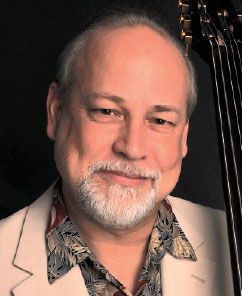 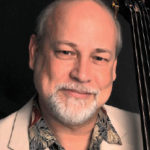 Calling all locals and recording musicians: the AFM Single Song Overdub recording scale can be a game changer for your local and its members!

This innovative concept is specifically designed for home recording, which—make no mistake—is happening all over the US and Canada. Affordable recording technology has permanently changed the world of making music, and in AFM locals of every size AFM members are recording in small studios, which are often located in their homes. Overdubs recorded and shared via the Internet have become commonplace, and this is the first AFM agreement to acknowledge this new business model. Sessions can easily fall through the cracks and not be covered by a union contract—especially in the world of indie recording. The Single Song Overdub  (SSO) contract is an easy-to-use, affordable, and convenient solution that is available to any AFM member.

What makes this contract unique is that the unit of commerce under this AFM agreement is the song—not the hour—and it is the only AFM recording agreement that allows the player to negotiate his or her own rate, with a $100 per song minimum. All pension and health & welfare (H&W) benefits are built inside the round number you negotiate; that’s another first.

For example, for each $100, there will be a $9.99 pension contribution, which is derived from the SRLA rate 12.81% of scale, payable by the musician. Members of locals with health plans will need to pass through the H&W amount to the local’s health plan. This computer friendly two-page employer agreement is a fillable pdf, which is completed by the player and sent to the employer, who only has to put an “X” beside the “I agree” box to execute the contract and enable the player to make their own pension contribution through their local. Most importantly, using this agreement ensures that, if a recording reaches 10,000 copies sold or is used in another medium, the player will be compensated accordingly and their intellectual property remains intact.

A scale worksheet included with the agreement lists the scale wages, pension, H&W, and Pay Pal fee for payment amounts of $100, $150, up to $500. Wages higher than $500 per song can easily be figured by addition or multiplication of smaller amounts. Up to 12 songs for one project in a six-month period are permissible under one agreement.

Multiple musicians can work under one agreement, if all musicians appear on all songs and everyone works at the same rate. The one exception is that the first musician to work under a signed SSO Agreement may charge a higher rate as the designated session leader for any upgrades or additional payments.

This scale can be combined with your local’s Limited Pressing Agreement, and the upgrade parameters are the same. When you have executed the agreement, done the work, sent the file, and received payment, you then file the contract with your local, along with your pension contribution. It will be submitted to the AFM Employer’s Pension Fund by the local.

The Single Song Overdub Agreement can be found at afm.org (in the “Document Library,” “Single Song Overdub” folder) and at nashvillemusicians.org (go to “Recording,” then “Scales, Forms & Agreements”). I recently made a short instructional video that explains how to use this agreement. It can be found on YouTube on the Nashville Musicians Association channel at https://
youtu.be/7rYpYGldGxc.

I hope that all of you who are recording for yourself and others will consider using this agreement to document your work and build your pension. As previously stated, this can be a game changer, but only if you use it! Otherwise, you risk losing all your intellectual property rights for the recording work you do. Once you’ve done it a time or two, it becomes easy to use. It can really make a difference for you, your local, and the AFM. Respect yourself and protect yourself!