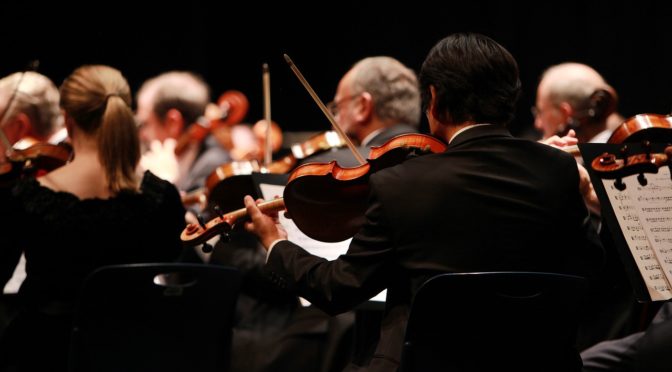 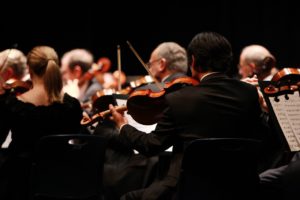 A flourishing cultural life, to which people of every race, ethnicity, gender, and class are invited and can see themselves reflected, is essential to our democracy. The creative expression of our differing stories enables us to better understand our commonality. If our orchestras are to remain relevant in a changing society, we must begin to reflect that diversity both on stage and behind the scenes.

While the gender gap has closed significantly since the 1990s, with women holding 46% to 49% of orchestra positions, the proportion of African Americans (1.8%) and Hispanic/Latinos (2.5%), has remained extremely low and largely unchanged since 1978, according to data collected by the League of American Orchestras. In contrast, there has been a large proportional increase in Asian/Pacific Islander musicians from 5.3% in 2002 to 9.1% in 2014.

We can and must do better at diversifying our orchestras on stage, in the boardroom, and within staff, management, donors, and audience. I recently attended the League of American Orchestras (LAO) conference in Detroit with ICSOM council Kevin Case of Local 10-208 (Chicago, IL), Secretary Laura Ross of Local 257 (Nashville, TN), Members-at-Large Paul Austin of Local 56 (Grand Rapids, MI) and Dan Sweeley of Local 92 (Buffalo, NY), and AFM SSD Director
Rochelle Skolnick.

Since 2011, LAO has begun to reprioritize diversity and inclusion, beginning with a self-assessment of how our industry has fared since the first fellowship programs in the early 1970s. While some 40% of fellows have won positions in other orchestras through the audition process, the programs themselves have had a difficult history within our orchestras. Additionally, the fellowship programs’ focus on access and opportunity for just a few individuals does not change the systemic problems of racial discrimination within our organizations. For an in-depth look at the history of orchestra fellowships read the LAO publication Forty Years of Fellowships: A Study of Orchestras Efforts to Include African American and Latino Musicians, by Nick Rabkin and Monica Hairston O’Connell.

In conjunction with numerous arts organizations, including Sphinx, Gateways Music Festival, New World Symphony, and Detroit Symphony Orchestra, LAO has identified a number of additional strategies to promote racial equity: board and staff diversity, community and family resources that provide support for young musicians, the music education “pipeline” from childhood education through college and graduate studies, developing a national network of mentors, and financial support for minority musicians on the audition circuit. There are a number of programs already up and running in our ICSOM orchestras, from El Sistema style education programs to in-house fellowships.

The final hurdle to orchestral citizenship is still the audition process. Since the early 1990s we have used screened auditions to prevent bias from influencing the outcome—musical excellence is the single and only criteria. But have we then, through this narrow process, also hired the very best advocates and artist citizens for our industry? Do our orchestral musicians also need to be effective communicators who can engage with our communities both on and off stage? How might we expand our thinking about the audition process to reflect these qualities and the changing demographics of our society?

Transformation does not come easily to bureaucracies. The same structures that protect against risk, constrain change. While musical excellence will always be the definitive standard of our audition process, is that enough for this 21st century paradigm? There are no easy answers but we need to begin addressing the questions. The discussion starts with us.