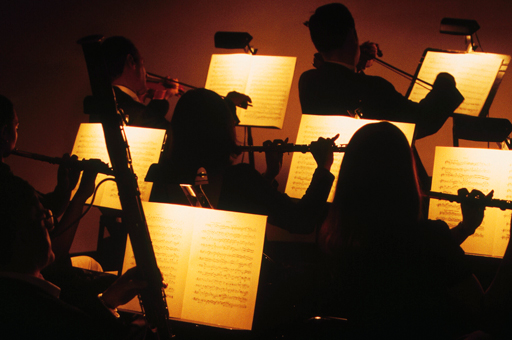 We’ve all heard the lines before:
“It’s only one tiny gig. What’s the harm?”

“I just want to get together with other
musicians and play!”

“If I don’t take the gig, someone else will.”

“Sure, I’d rather it be a union job,
but sometimes I don’t have a choice.”

There are probably a hundred reasons why an AFM member will agree to take a non-union job. But in the end, I would argue all those excuses do not justify the tremendous harm done to the musicians’ labor movement and the core principles of our union when professional musicians agree to take non-union work. This is nowhere more accurate than in the world of musical theater.

A few months ago, I was attending a bargaining session at a recently re-opened Boston theater to work on a new contract. The team across the table was trying to explain that they had to bring non-union traveling shows into their theater in order to compete with other venues in the area. While I attempted to listen to their plight with a sympathetic ear, I instead found myself getting annoyed.

That irritation was the inspiration for this article.

A professional musician going out on the road as part of a non-union touring company is in effect acting as a free agent, surrendering the protections the Federation has collectively bargained for over many negotiations. While I cannot speak to every non-union show that has toured across the Federation, reports I have received indicate many musicians travel in less-than-ideal circumstances, stay in substandard accommodations, work additional hours without remuneration, all while receiving unacceptably low wages.

With our pension plan in the current precarious position, the need for any and all contributions is imperative. Yet the non-union production does not contribute to the Fund in the musician’s name. However, perhaps the most damaging aspect of non-union shows is that these productions lessen the value of what we do. I have stated numerous times in these pages that professional theater musicians are some of the most versatile artists in the AFM, and it is my great honor to represent their interests as president of the Theatre Musicians Association (TMA). So, it pains me to hear stories of our players going out on the road selling themselves short.

Back in 2005, there was an effort made by the then-current AFM leadership to address the issue of non-union touring shows head-on. At the Pamphlet B touring agreement negotiations, an idea was submitted to put in place a system of wage tiers. The amount a show would pay a musician was directly linked to something called the “weekly guarantee,” which is the amount the presenter guarantees will be paid to the producer for the right to present the show. The theory was that a show that wasn’t going to do blockbuster ticket sales could reduce payroll costs and thus afford to be sent out under a union contract, vastly reducing non-union productions. The producers promised these tiered shows would be going into smaller venues often on split weeks, and would not affect the larger full Pamphlet B productions.

Under this agreement, a touring musician on a lowest tier show would make $675 a week for eight performances. That works out to $84.38 a show. Talk about not respecting the value of what theater musicians do! While TMA was vehemently opposed to this deal, it ended up being approved by the bargaining unit, and went into effect in 2006. The result was touring musicians made less money under AFM-sanctioned contracts, and non-union shows continued to crisscross the Federation.

In 2012, new President Ray Hair allowed TMA to have an integral role at the negotiating table, with then-TMA President Tom Mendel speaking at length on how the tier system was unfair, and how the producers were disingenuous about how those tiers would be used. The tier system has since been replaced by the much preferable Short Engagement Touring agreement. But still, non-union productions continue to be a reality. So, what is the solution?

I believe in the end it comes down to rank-and-file musicians insisting they be compensated fairly for the highly skilled work they perform, and they decline non-union tours when they are offered. I understand the lure of steady work can be difficult to resist, however, the long-term damage these substandard shows are doing to our industry cannot be denied. The public must be constantly reminded that the highest quality music is made by union professionals, and they are getting less value for their money when they attend a non-AFM sanctioned production. Taking away the “If I don’t take the gig, someone else will” excuse will force these discount producers to go to the AFM and sign a contract. By standing up together and demanding our fair worth, we are a formidable force.