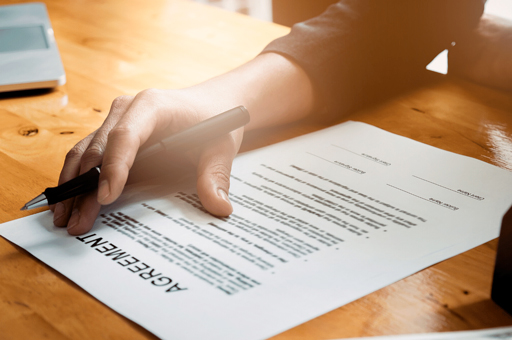 As of late, the EMSD has become involved in a series of non-disclosure agreements (NDAs). These are offered to musicians engaged by a signatory to the relevant AFM electronic media agreement or third party.

The purpose of non-disclosure agreements is to preserve confidential information including songs, vocal arrangements, and other creative artistic matters that have not been performed publicly. However, the problem we have found is most NDAs go beyond this and to the extreme of compromising the rights of the musicians engaged by the artist. Some of them seek unconditional injunctive relief and remedies against musicians who breach the terms of the broadly written NDA, or prohibit musicians from engaging in protected activity such as discussing terms and conditions of employment with the AFM or other musicians.

In one such instance, an extremely popular act announced it would be going on tour.  The management company advised that it would be engaging large orchestras in each city.  So far, so good.  However, the management company set forth a non-disclosure agreement it wanted each musician to sign, without first having submitted the NDA to the AFM for review. Fortunately, the contractor of the musicians on one stop of the tour had the presence of mind to forward the proposed NDA to the local, and the local in turn forwarded it to the AFM for review.  We found the document to be unacceptable because it asked for rights the musicians could not be expected to waive.

This led to a series of back and forth conversations with representatives of the management company and drafts of revised NDA documents were exchanged. While this process was going on, we notified the locals having jurisdiction over the venues in the other cities that the NDA as originally presented was unacceptable and encouraged them to advise contractors and musicians accordingly.

We ultimately agreed with representatives of the management company on a non-disclosure agreement that would be acceptable to the AFM and that the musicians could sign without jeopardizing their rights.

NDAs are usually prevalent in the television field, and most producers know enough to discuss these agreements with the AFM prior to distributing them to musicians. They want to avoid the “eleventh hour” disruption of production that could occur because they distributed an agreement that was not cleared by the AFM.

These types of documents, waivers, or releases of any kind should always be submitted to the AFM for review to ensure that it will not have an adverse effect on the rights of musicians.  In some instances, the signatory is looking to clear “image and likeness” but they tend to stretch well beyond that aspect.  Musicians should not sign NDAs for AFM-signatory performances or sessions unless they have been assured that the NDA language was agreed upon in its exact form by the AFM.

The AFM is committed to protecting the invaluable rights of musicians, and we welcome any questions you may have in this regard. Call us anytime at 917-229-0234.