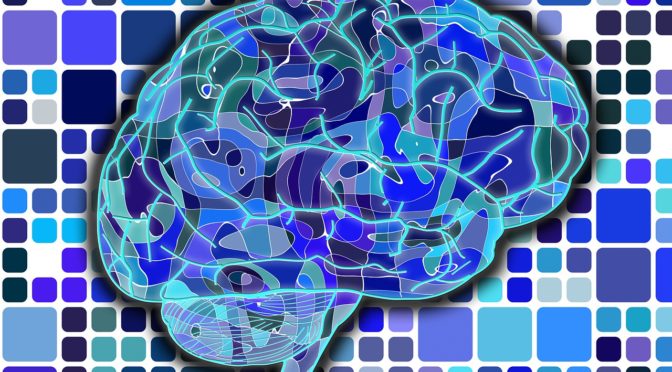 What is happening in the minds and bodies of musicians when they play their best? Are peak performance and flow simply subjective perceptions of performance excellence? Or are they distinct mental states, a defined set of optimal behaviors, a heightened sense of self-confidence, or some trick of human nature?

Despite the confusion, we do have language to describe these experiences—being in the zone, in rhythm, in a groove, playing unconscious, even the so-called runner’s high. For starters, peak performance refers to optimal physical behaviors while psychologists define flow as a mental state. For musicians, it is both mental and physical because they feel calm, alert, focused, challenged, but confident, fully present in the moment, and supremely engaged in the task. When that feeling is combined with the thrill of playing music, magic happens!

If only we could bottle it, right? Thanks to neuroscience, that may now be possible.

Research findings have identified three markers that reveal how and when flow occurs: alpha/theta brain waves, brain coherence, and deactivation of the dorso-lateral, pre-frontal cortex (DLPFC).

First, the flow state is located at the crossover point between alpha and theta brain waves (eight Hz and below). As brain activity slows from the relaxing alpha state into the hypnagogic theta wave (below eight Hz), the neural network becomes highly attuned. At the same time, super fast (40-100 Hz) gamma waves, triggered by theta, go into action. Gamma waves connect information drawn from various parts of the brain that are involved in music making, allowing skill learning, procedural memory, and self-expression to settle into rhythm.

Secondly, synchronization between the left and right hemispheres or brain coherence is another marker for flow. Both hemispheres must be working complementarily to integrate artistic expression and technical skills. Cardio exercise, meditation, and yoga along with brain-based clinical techniques, like eye movement desensitization and reprocessing (EMDR), all promote brain coherence through bi-lateral stimulation.

Finally, a temporary brain state called transient hypofrontality has been identified that enhances flow by lowering the activation of the DLPFC. This part of the brain holds our inner critic, that voice of doubt that can trigger cognitive anxiety. Cardio exercise redirects blood flow away from the DLPFC to the motor parts of the brain, enabling a more embodied focus without interference from self-consciousness, distraction, or negative thinking.

These findings can be applied to mental skill training that has been the hallmark of sport psychology over the last 50 years. The six key skills are relaxation, imagery, goal setting, self-talk, concentration, and pre-performance routines.

1) Relaxation is the first key because performance anxiety usually inhibits peak performance. Anxiety and physiological arousal must be regulated before peak performance and flow can occur. Exercise is a basic treatment for all types of anxiety. Daily meditation over a minimum of eight weeks reduces both state and trait anxiety by lowering the resting heart rate and enhancing brain plasticity.

2) Imagery engages the power of the senses, especially visualization, to mentally depict what peak performance should look and feel like. Cardio imagery and rehearsal is a new technique that combines mental rehearsal with moderate cardio exercise (120-140 heart rate, using an elliptical trainer or stationary bike) to prime learning and reinforce process goals. Mental rehearsal is effective because mirror neurons activate various muscle groups via the peripheral nervous system in the same way as with physical practice.

3) Goal setting is a motivational tool for directing one’s efforts toward optimal learning. Goal setting supports deliberate practice that encourages musicians to concentrate their efforts on their most challenging repertoire. Exercising in the morning before practice, while mentally focusing on what needs work, helps identify practice goals and primes the brain for learning later on.

4) Self-talk reveals the psychological relationship between the person and the performer, such as having a positive outlook and being mentally tough when under stress. Research shows that positive thoughts and feelings promote creativity whereas negative emotions stimulate critical thinking that can lead to self-consciousness. Not surprisingly, a positive mental attitude is a key component
of flow.

5) Concentration emphasizes attention skills and mental discipline to focus on the challenges involved in music performance. The mind must be fully engaged in the moment, free of distractions, and immersed in the task. Quite simply, the best way to build focusing skills is to learn to live in the moment. Not so easy, as many of us have found out!

6) Pre-performance routines allow musicians to find that groove that activates a positive performance mindset. The key tools are breathing and centering exercises, locking into one’s optimal zone of activation and converting pre-performance jitters into excitement.

Ultimately, playing music in the flow state is its own best reward, one reason why musicians are so passionate about pushing musical boundaries. So when it happens, embrace it!

Patrick Gannon, PhD is a Clinical and Performance Psychologist in San Francisco available for consultation in person, phone or via Skype. Dr. Gannon is a national presenter and former competitive tennis player and coach as well as a member of the Performing Arts Medicine Association (www.artsmed.org). You can contact him at  PeakPerformance101.com and drpatrickgannon@gmail.com