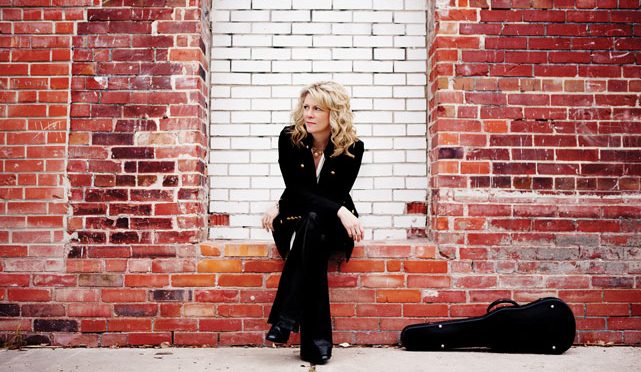 Natalie MacMaster Never Expected to Have a Career in Music

Artists and writers are taught that their work often has more truth when they create by using what they know. Acclaimed Canadian Celtic fiddler and step dancer Natalie MacMaster of Local 355 (Cape Breton, NS) has proven that truism and made it a way of life, writing and performing music in her native Cape Breton style.

“The music of Cape Breton is flavorful and natural,” says MacMaster, a Nova Scotian who took up the fiddle at the age of nine and released her first independent album at 16. “It hasn’t become overly refined or lost its endearing character. It’s special nowadays to have something that lasts like this.” She adds that Celtic fiddling isn’t really a classically disciplined way to play. “It’s a true hand-me-down tradition, a ‘gosh I love it so much I want to do it’ kind of music.”

The rocky Cape Breton Island coastline must have been a forbidding place for the early Scottish immigrants, who brought their distinctive uplifting style of fiddling, step-dancing, and square dancing with them to North America. Indeed, a square dance was where the nine-year-old MacMaster made her first public performance. Surprisingly, she never intended to do music for a living. “I sort of morphed into it,” she says. “I loved making music and took to it like it was meant to be, but I certainly didn’t expect to have this kind of career.”

During her formative years, MacMaster says Celtic music was mostly a niche genre with nobody to look to as an example of making a living out of playing the fiddle. “All the fiddlers in my world had jobs and played on the side. So I went to a teachers’ college and got a degree in education. I continued performing, motivated by the game in my head that I loved this music but knew I’d have to work hard to make a living at it.” Fortunately, tastes changed, and people became more open to Celtic music—and especially the fiddle. MacMaster signed her first record contract in 1995 at the age of 23. “Being in the music industry opened up another world,” she recalls. “It brought extra motivation and opportunities to broaden my creativity.”

This creative expansion has included collaborations over the years with artists as disparate as cellist Yo-Yo Ma of Local 802 (New York City), Carlos Santana of Local 6 (San Francisco, CA), bluegrass star Alison Kraus of Local 257 (Nashville), and the Eagles’ Don Henley of Local 72-147 (Dallas-Fort Worth). “I love studio work. I could eat and drink creativity and arrangements,” she says. Through it all, MacMaster has kept doggedly true to her roots—for example, adding flamenco guitar and percussion to a highland reel. And regardless of who she’s worked with, her music has always retained that infectious, barely contained wildness typical of Cape Breton fiddling.

Currently up to 15 albums, MacMaster has received multiple Juno and East Coast Music Association awards, and was awarded the Order of Canada in 2006. She got married at 30 to fellow fiddler and current duo partner Donnell Leahy, and the two have raised seven kids—who have also grown to take an active role in their parents’ music. That’s not surprising when you consider the whole family tours together.

Asked how she copes with that, MacMaster laughs: “We realized early on that being on the road without the kids was harder than touring with them. And we have a lot of helpers.” She adds that all seven now have fiddles. “We taught them tunes, and they took to it.” As it turns out, they are all musical, and play in shows on tour. “The older ones are showing signs of considering music as a career. I can see their potential, and their curiosity is growing,” she says.

Though she never taught a day of public school, MacMaster does use her degree, homeschooling the family on the road. The kids, in turn, have taught their parents to embrace technology. MacMaster says she treasures her iPhone for its documenting capability, for example taking a photo of a snippet of a tune dashed off on an airport restaurant napkin.

An equally important early embrace was union membership. MacMaster has been an AFM member since 1991. “Joining the union was simply intuitive,” she says. “It was a way to enter into the music industry with a clear sense of how things are done. Before that, everyone around me was half in the industry, half not. Joining made sense because the AFM shows the way.” She’s happy to have the union play a vital role in her career. “It’s something reliable; I know it’s always there, and it always has my back.”