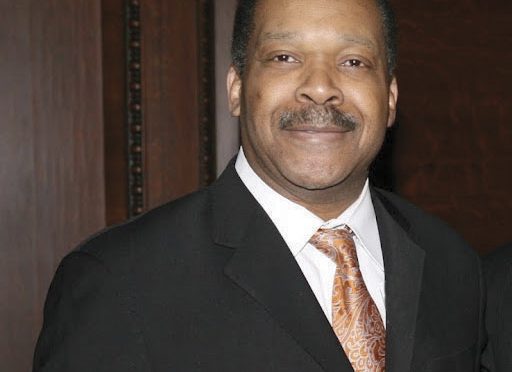 At this writing, Congress is now operating in a lame duck session. Also as of this writing, Hawaii is the final state to certify its presidential election results, making President-Elect Joe Biden the clear winner with 306 electoral votes to Donald Trump’s 232 electoral votes. This cleared the path for certified electors to meet in their states and cast their final votes on Monday, December 14, 2020. The Trump administration continues to file lawsuits across the country, leading up to a final Hail Mary pass to the US Supreme Court behind a case filed by the state of Texas.

Debate about an extended pandemic relief plan has finally come to a point where Dems and Reps may be about to compromise and vote soon on a $908 billion aid relief package. The compromise proposal would include a temporary liability shield for businesses to allow states to develop their own liability reforms. It includes $160 billion in state and local aid, $180 billion in additional unemployment insurance (which includes an additional $300 per week supplemental unemployment benefit), and $288 billion for small businesses. The deal has yet to be finalized as of press time.

Lawmakers must pass a Continuing Resolution (CR) to fund the government and avert a shutdown. From there, an omnibus appropriations bill is expected to be in place. House and Senate appropriators reached a deal in early December on the top-line funding levels for the 12 spending bills. Here are some important deadlines in the political process:

The musicFIRST coalition is focusing on passage of its performance rights bill. In addition, the coalition has vetted several major law firms in Washington to help get the AM-FM Act across the finish line in the 117th Congress. I have had the privilege of sitting in on all candidate presentations on President Hair’s behalf and reported the outcomes to him. A final decision will be announced soon.

The AFM, along with other labor affiliates, continues to push for Congressional passage of the House-passed HEROES Act. For the AFM, the bill contains pension relief, the Save our Stages Act (supporting grant money to independent venues negatively impacted by COVID-19), additional funding for the NEA, NEH, and the Corporation for Public Broadcasting (which broadcasts almost daily, public programming and house musicians operate under an AFM collective bargaining agreement), additional Unemployment Insurance funding, rent relief, and a host of other policy perks that help musicians get back on their feet.

AFL-CIO hosted three Zoom calls with Biden transition team officials in December, on transportation, pension, and trade issues. A meeting with the US Department of Labor Agency Review Team staff focused on pensions to hash out an agreed-upon strategy so that on January 21, 2021, President Biden can hit the ground running. Marc Perrone, president of United Food and Commercial Workers and chair of the AFL-CIO Multiemployer Pension Taskforce, and his Multi-Employer Co-Chair Ken Cooper led the talks for us. They gave background on bankruptcy shortcomings, labor’s opposition on the Grassley-Alexander proposal, support for the partition components in the HEROES Act, and Biden’s immediate passage and signing of the Act.

AFM Secretary-Treasurer Jay Blumenthal has taken the lead on crafting a racial justice package that all AFL-CIO Arts, Entertainment, and Media Industry Coordinating Committee (AEMI) affiliates have signed off on. The package talks about supporting careers in the entertainment industry, increasing federal arts funding and establishing equity, diversity, and inclusion (EDI) objectives for grant recipients, and leveraging federal tax incentives to encourage diverse hiring. A fact sheet has been developed and approved by Blumenthal and President Ray Hair.

The AFM Diversity Committee has been very active organizing a standardized national policy that will serve as the platform for locals and other AFM affiliate organizations to build local diversity committees. This is timely as the diversity committee is working directly with AFM Vice President Bruce Fife and AFM Organizing Director Michael Manley to develop a curriculum. Several diversity subcommittees have been formed to work independently and bring back written subscripts on how to build membership in casual, rock, pop, jazz, and symphony activities. It is important to prepare for growth while the pandemic is raging so as not to be left behind when the economy reopens.

Our two-month-long TEMPO drive, which ended December 31, 2020, has netted some result. President Hair’s $1,000 challenge has netted approximately $3,563, comprising slightly more than a two-to-one match by AFM members. A summary of the campaign was emailed to each of you late last month. We continue to monitor the campaign, as we are reaching out to TEMPO contributors to thank them for their hard-earned contributions.