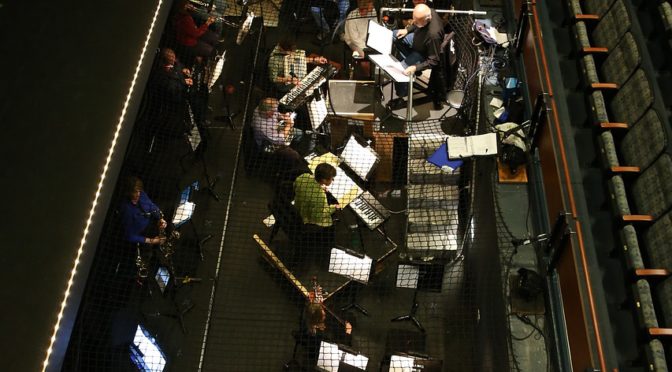 Musical theatre and technology have always had a bit of an uneasy relationship. The modern musical was born out of the light opera traditions of Gilbert and Sullivan in the 19th century, where it was the norm for large pit orchestras to accompany the singers on stage. The Golden Age of Theatre (1940s-1960s) saw the premieres of many of the classics of the art form by the likes of Porter, Berlin, Rodgers and Hart, and Gershwin, and culminating with the shows of Rodgers and Hammerstein.

As a rule, those shows used large orchestras. Oklahoma (1943) used 28 musicians in the pit and Carousel (1945) had an orchestra of 39. Not only did audiences expect a show to have an ensemble of this size, there was no viable technology that could replace musicians.

Things changed with the introduction of the synthesizer into musical theatre. The 1987 Broadway contract allowed the synthesizer into pits, and the instrument was used mainly to enhance the sound of orchestra members still numbering in the 20s. The 21st century brought us the Virtual Pit Orchestra; a device whose manufacturer claimed could emulate the entire pit orchestra, with just one person, known as the “tapper” controlling tempo and dynamics. The machines proved buggy (with entire productions coming to a standstill while the computer rebooted), and the sounds they produced were less than desirable.

New shows generally use smaller orchestras, and those players who are hired are asked to do more. This is even more the case when a Broadway show is configured to go out on the road. For example, Something Rotten, which played on Broadway for approximately a year and a half, had an orchestra of 18. When it went out on tour, the score was orchestrated down to 11 musicians. Phantom of the Opera opened on Broadway with an orchestra of 31 players. The tour out now is configured for 16.

Thanks to the admirable talents of musical theatre orchestrators, these reductions work well, but it also means players are being asked to do more. A Broadway production that had four reed players might be reorchestrated for two for the national tour. String sections are always ripe for downsizing. Going back to my previous Something Rotten example, a string quintet on Broadway has been trimmed to a duo of violin and bass for the tour, with synthesizers picking up the slack.

Of course, this is all driven by economics. Musical theatre in an expensive enterprise, and touring shows even more so. But, it’s a fact that audiences like shows with big orchestras. The 2008 Lincoln Center revival of South Pacific had a 29-piece orchestra, and both critics and audiences took notice.

This is a subject that gets discussed a great deal at Theatre Musicians Association conferences and board meetings. What can we do to convince producers that the investment in well-staffed pit orchestras will pay dividends in positive reviews, audience appreciation, and consequently ticket sales? It is clear that the public can, in fact, tell the difference when a production uses a full complement of excellent professional musicians. Ticket prices are continually climbing higher, and theatregoers should demand a first rate experience, which I would argue includes a band that uses the forces the composer intended.

One of the cornerstones of TMA’s mission is to educate the public about, and promote the idea of, quality musical theatre. Countless hours are spent at TMA conferences and in executive board meetings discussing how we can spread this idea. Informational leafleting before shows with an invitation to stop by the pit before the show or at intermission, ads in playbills, letters to the newspapers, and comments to online reviews are some ideas we are discussing to increase pit musician visibility to the audience. Please feel free to contact me at www.afm-tma.org if you have suggestions. 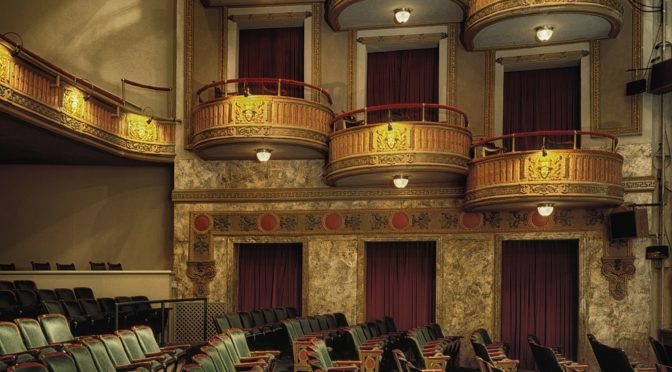 by Michael Manley, AFM Director Touring/Theatre/Booking Division and Assistant to the President

Welcome to the 2016 International Musician Touring and Theatre issue. With New York City’s theatre scene already heavily covered in the press, this annual issue looks at what’s happening outside Broadway. This year we focus on the groundbreaking musical Hamilton as it debuts in Chicago, and examine the future of musical theatre, theatre music, and theatre musicians.

The two words that I feel best describe the changes I’ve noticed in musical theatre are curiosity and diversity. Composers and performers are curious about different musical genres, styles, and eras, and performing artists are diverse in their skill set—even reaching beyond musical performance to other performing arts disciplines.

But curiosity and diversity are not the hallmarks of traditional instrumental music study, which involves focused specialization on narrow goals. “You play the trombone? Great—are you a jazz or classical player? You can’t be both.” That was the chorus of our teachers for generations. And we zeroed in on singular definitions: we identified as an orchestral clarinetist, a lead show trumpet player, a baroque cellist.

While this focus is necessary to achieve the highest level of technical mastery, it is not always sufficient to succeed in the musical theatre world of today. Musicians are being asked to play more instruments, be fluent in an array of musical styles, and adapt to ever-evolving technology. In some cases, they are even being asked to—very literally—take the stage, blurring the line between actor and musician. These “actor-musicians” possess an array of skills that has them playing musical instruments, singing, dancing, and acting, often all at once. You can check out some of our talented AFM actor-musicians touring with Cabaret or Into the Woods this coming season, and in Natasha, Pierre & the Great Comet of 1812 on Broadway.

If there is one show that represents the revolutionary change in American musicals, it is Hamilton. A musical melting-pot that freely draws on rap, hip-hop, rock, R&B, and even classical music, it requires the talented musicians of the Broadway and Chicago productions to not only understand all these styles, but have a passion for and mastery of them.

No one better exemplifies this spirit of curiosity and diversity than Hamilton Orchestrator and Musical Supervisor Alex Lacamoire, who I had a chance to interview as he launched the show’s second production in Chicago. In the Upbeat section, we also cover the view “from the pit” with Chicago Hamilton musicians and Music Director Colin Welford of Local 10-208 (Chicago, IL). Veteran actor-musician Katrina Yaukey of Local 802 (New York City) shares her unique career path and story, as she debuts Natasha, Pierre & The Great Comet of 1812 on Broadway.

In the world of musical theatre, “or” is being replaced by “and” when it comes to musicians. For our trombonist torn between classical and jazz, “You can’t be both” has given way to “You need to be both.” And even this may only be the first step on the curious, diverse learning path—incorporating an array of musical styles and skills both inside and outside of music—which are needed to succeed as a musical theatre musician in 2016 and beyond.

Join the conversation online, through our “AFM on the Road” Facebook group.