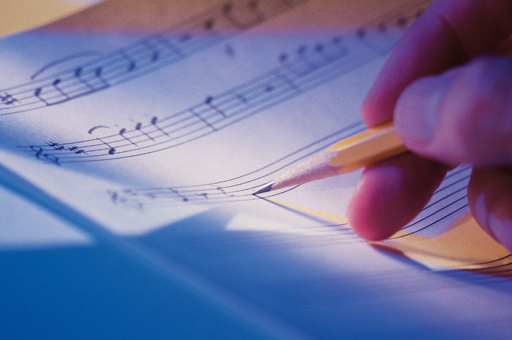 When you think about what kinds of services are covered under AFM Electronic Media contracts, you know that that includes instrumentalists, obviously. But there’s one covered area of services that is not widely understood and often forgotten about entirely: music preparation.

In order for an ensemble of musicians to perform together, music must usually be provided for them. After a composer has, well, composed a piece, it’s the job of music preparation personnel to work with that piece so it can be performed; they are the link between the composer’s score and the orchestra’s performance of it.

Arrangers will adapt a composition to determine how it will sound, taking an already written composition for presentation in something other than its original form. This includes reharmonization, paraphrasing and/or development of a composition so that it fully represents the melodic, harmonic, and rhythmic structure and requires no changes or additions.

Orchestrators will decide what instruments to use and which instruments will play what, scoring the various voices of an arrangement without changing or adding to the melodies, counter-melodies, harmonies, and rhythms.

Copyists will then write out the parts on sheet music for the conductor’s score and each individual musician, so that every player has their own part. Librarians may also be needed to keep that sheet music organized.

All of this work is covered under all AFM agreements, including electronic media agreements.

By and large, music preparation is paid by the score page. Each collective bargaining agreement will contain a set of “page rates” for both orchestrators and copyists. Arrangers, whose work is highly specialized, are allowed to negotiate their own payment, provided it is no less than what an orchestrator’s scale would be according to the page rates.

Other types of work may not be feasible to be paid by the page, such as adjustments, alterations, or work at rehearsals, so each contract also enables the personnel to be paid by the hour, called “time rates.”

Much of the time, the music preparation work is done well in advance of a scoring session, which means, if the personnel are not careful, they could be left off the report form when the project is filed. So, if you’re doing this type of work, how do you make sure you get paid properly? The answer lies in the invoice.

Whenever work is done on a union contract, an invoice must be supplied to the employer for payment. For instrumental musicians on recordings, that invoice is the B-report form. Music preparation personnel must also go down on a B-report form to ensure that their work remains tied to the recording it was prepared for; but a special music preparation invoice must also be prepared and submitted to the employer, detailing the work that was done, the rates that are being applied (by page and/or by hour), as well as the wages and benefits owed for that work. Those wages and benefits are then listed on the B-form.

Do not let yourself go uncompensated for your work. Any work you do manipulating a composer’s score to allow it to be played by an ensemble is covered work under every AFM contract.

If you have any questions about the process, don’t hesitate to ask your local or the AFM.