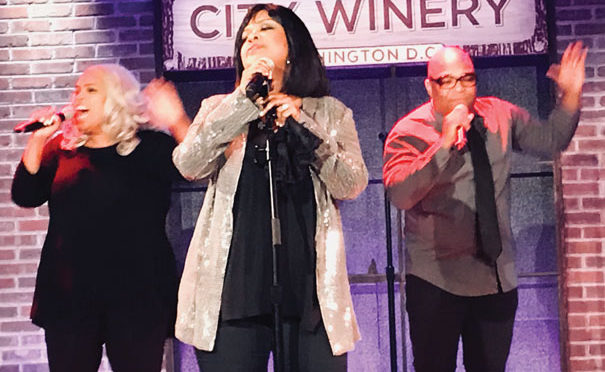 The AFM and all music creators marked a big win last month as President Trump signed the Orrin G. Hatch-Bob Goodlatte Music Modernization Act (MMA) into law after it was passed and reconciled by US House and Senate. As noted in the International Musician last month, the US Senate made amendments to and passed the MMA by voice vote under “unanimous consent.” On September 25, after Senate consideration, the bill was returned to the House of Representatives to resolve differences. The House agreed to the Senate Amendment in the Nature of a Substitute without objection. Most importantly, throughout the entire legislative process, out of 435 members of the House of Representatives and 100 members of the US Senate, not a single no vote was cast.

The bill was renamed the Orrin G. Hatch-Bob Goodlatte Music Modernization Act in honor of the US Senate and House of Representatives Judiciary Committee members who ushered the bill through Congress to completion under a procedural passage process known as “Suspension of the Rules,” with unanimous voice votes coming from both chambers. Hatch (R-UT) is himself a recognized composer. For House Judiciary Chair Goodlatte (R-VA) this was one of his final crowning copyright reform-legislative achievements prior to retirement from Congress and as chair.

This success is a result of a three-year advocacy effort, drafting, lobbying, and shepherding the bill through the legislative process with the help of Congressman Jerrold Nadler (D-NY) and other members of Congress; the MusicFIRST Coalition, which includes the AFM; major artists; and rank-and-file musicians. Together we convinced Congress that the music community could indeed surmount significant yet effective copyright-legislative reform plateaus by working together. As a result of this highly unusual legislative victory, the bill was signed into law by President Trump October 11, becoming Public Law No: 115-264. The AFM owes particular thanks to its IEB members: International Vice President and Local 99 (Portland, OR) President Bruce Fife, Local 257 (Nashville, TN) President Dave Pomeroy, and Local 802 (New York City) President Tino Gagliardi for their focused work on critical members of Congress and on the needs of AFM members.

3) The “Wheel Approach” allows ASCAP and BMI, along with music licensees, to go before any judge in the Southern District of New York on a rotating basis for purpose of rate setting disputes.

4) Section 114 (i) Repeal now allows PRO’s and songwriters the ability to present evidence about other facets of the music ecosystem to judges for their consideration, allowing songwriters to obtain fairer rates for the public performance of their musical works.

These major changes to music licensing and copyright law bring legislation in line with the way the modern music business operates.

A well-deserved October 10 victory celebration of this momentous Congressional win was attended by a broad range of advocates, partners, artists, and songwriters at the Winery in Washington, DC. The event was sponsored by the lobbying collective that included the AFM, SoundExchange, the Recording Association of America, the Recording Academy, A2IM, and 30 other music industry advocates.

For all artist creators, congratulations! The bill is now recognized as the “law of the land.”

The Music Modernization Act is the first major piece of copyright music licensing legislation to move through Congress in the past 30 years.

The goal of the bill is to revise copyright protection for music creators and musicians in a digitally growing world.

There are three components to the bill:

Only two more steps are to be taken to make the Music Modernization Act law. It will go to the House for approval of the new version of the bill and then to the President for a final decision.