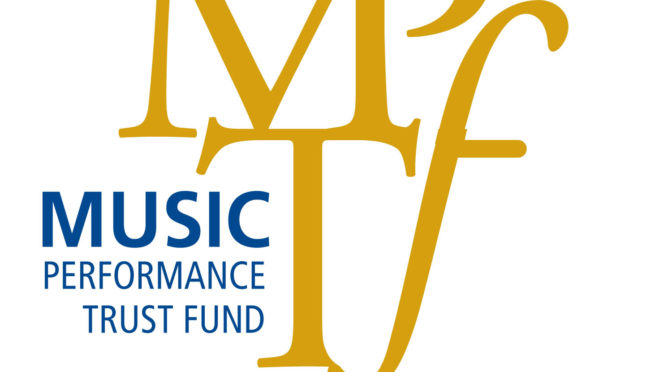 Although the Music Performance Trust Fund (MPTF) fiscal year ended April 30, the validated details from our auditors often take several months to process. While we anticipate the imminent release of the final audit report, I am eager to provide an overview of how the 2015-2016 year fared.

The MPTF co-sponsored 2,331 free, live musical events in the 12-months from May 1, 2015 through April 30, 2016. A total of $693,007 was provided to pay musicians to perform these important community events in parks, schools, senior centers, and other public venues. This represented roughly a 35% increase in events and nearly $200,000 in support of musicians’ livelihoods.

The increases were due to a few factors. For one, our accounting process is on a cash basis. Therefore, the grant expenditure is based upon when payment was made, rather than when the event was actually held. Although our support for events and our budget are generally similar from year-to-year, the
accounting process can give it a more dramatic appearance.

The biggest factor in the events increase was the introduction of our senior center initiative, MusicianFest. We completed 628 performances throughout the US and Canada. The cost of these events was slightly more than $100,000. However, this was largely covered by a grant for $100,000 by the Film Funds, which is included in our total grant expenditure. We are currently implementing a second year of MusicianFest with another $100,000 grant from the Film Funds. Although these are small events with one or two musicians, MusicianFest provides us the opportunity to extend our reach with grants in smaller cities, states, and provinces, while still helping in major metropolitan areas.

Despite the fact that it is increasingly difficult to cut costs from a lean operation, we were able to reduce costs another 6%. We are now performing our services for about $250,000 less each year, than when I arrived at the trust fund. The savings have come with simply finding inefficiencies and has had almost no effect on our day-to-day operations. In fact, with an enormous effort from our staff, we have now fully implemented our online grant management system, which is an important factor in our cost savings.

Next month, I will provide some further insight into new statistical information about the events we support, due to the capabilities of this new system. Our grant managers have worked to help AFM local administrators learn the application process. In addition, they have worked with our software provider, Foundant Technologies, to make the applications easier to complete. Grant Management Director Vidrey Blackburn and Manager Samantha Ramos are always there to help!

While the day-to-day functions of the MPTF to achieve our goals are going extremely well, we continue to face the challenge of being funded almost entirely by royalties from physical products such as CDs, vinyl, and cassette. The trust fund has operated for many years at a deficit. We are now reaching a point where that deficit is running at approximately $500,000 each year. With assets now just under $4 million, it will only take three years to match the low asset level of $2.5 million that the MPTF reached in 2012. As we begin to prepare our budget plans for the 2017-2018 fiscal year starting May 1, the depletion of assets and the upcoming renewal of the trust agreement will weigh heavily on our plans for the future.

In the meantime, the MPTF is dedicated to continuing our day-to-day commitment to provide grants to pay thousands of musicians for live music performances available across North America.