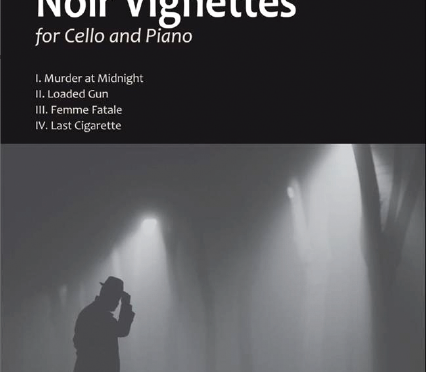 (for cello and piano)

On October 4, the Boston Musicians’ Association, Local 9-535 (Boston, MA), is co-sponsoring a three-hour Hollywood Orchestration Master Class by Norm Ludwin of Local 47 (Los Angeles, CA). Ludwin is a well-respected orchestrator from Hollywood, who recently worked on the films Jurassic World, Inside Out, Star Trek: Into Darkness, and Mission Impossible-Ghost Protocol, and is also an instructor in the UCLA Extension Film Music Department. The event is being held in conjunction with Northeastern University, October 4, from 4:00 pm to 7:00 pm at Northeastern University’s Fenway Center (corner of Gainsborough and St. Stephens St). This master class is free but space is limited so arrive early. 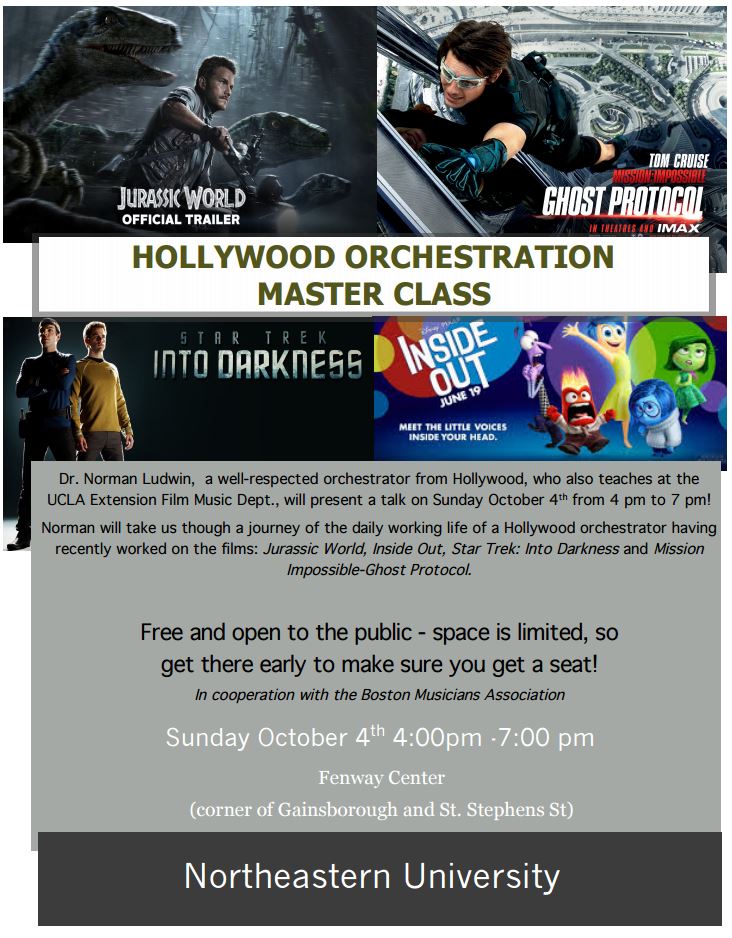 This week the AFM filed suit against Paramount Pictures, Inc. for recording the score to the film Same Kind of Different As Me in Slovakia. The complaint claims the film studio breached its collective bargaining agreement with musicians that required Paramount films produced in the US or Canada to be scored in the US or Canada.

“Only weeks after we filed suit against Paramount for offshoring jobs in other films, they did it again. This total disrespect for musicians is shameful. It is nothing more than corporate greed,” says AFM President Ray Hair. In May the Federation sued six studios, including Paramount, for offshoring jobs for other films. The AFM is seeking breach of contract damages, including wages and benefits that should have been paid to musicians.

Same Kind of Different As Me, directed by Michael Carney and starring Renée Zellweger, Greg Kinnear, and Jon Voight, was filmed in Mississippi, but scored in Bratislava, Sovakia, last month. It is scheduled for release in April 2016. According to Hair, such offshoring of scores allows film producers to drive profits up at the expense of North American musicians.

You can read the full complaint at: www.afm.org/uploads/file/public_pdf/SKODAM_Complaint-Court-Stamped.pdf.