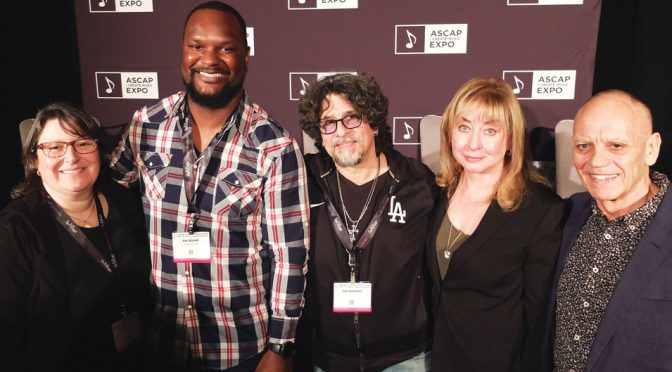 The AFM & SAG-AFTRA Fund’s CEO Stefanie Taub recently hosted a panel at this year’s American Society of Composers, Authors and Publishers (ASCAP) EXPO to discuss the Music Modernization Act’s (MMA) positive impact on music creators. The panel, speaking to a packed room, featured top music industry professionals who covered aspects of the MMA from the CLASSICS Act (which ensures that royalties are now paid on music created before 1972) to the importance of metadata (which ensures the correct musicians and vocalists are being paid for the recordings on which they performed). The overriding message panel attendees received was for music creators to be their own best advocate by staying on top of both the ever-changing digital music landscape and where to find the numerous revenue streams and resources.

The AFM & SAG-AFTRA Intellectual Property Rights Distribution Fund pays out tens of millions of dollars in royalties to non-featured AFM members, SAG-AFTRA members, and other musicians and vocalists annually for their performances on songs played on satellite radio, webcasts, and other digital formats. The fund also pays royalties to musicians and vocalists for recordings of Broadway performances and music recorded for film and TV in certain foreign markets.