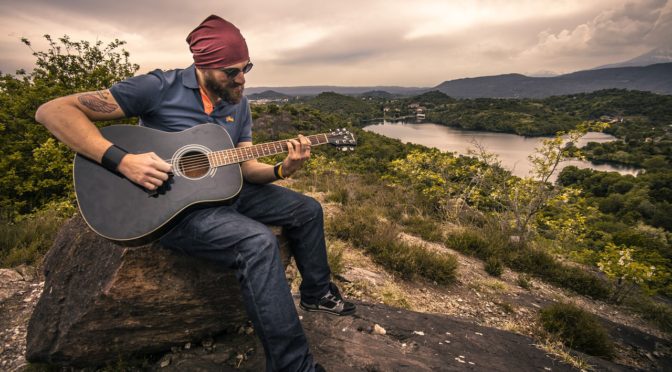 My friend, Local 149 (Toronto, ON). Senior Business Rep Dan Broome has bad days and good days—in other words, he ranges from highly intelligent to genius. One of his theories is that music is an eco-system, which upon reflection, is accurate.

Theorizing that musicians and their product are the “roots” of the system, we can easily visualize what comprises the various branches and leaves. For instance, musicians require instruments. One branch would represent the manufacturers, the leaves are their employees, the transportation and distribution network, the music stores and sales team, related accessories, and repairs. That branch alone represents literally thousands of industry people.

Consider the recording studio branch. Aside from engineers, techs, and office staff, we have the folks that master the recording, manufacturers of recording gear, microphones, cabling, tape/memory, amps and all related products, distribution, and human resources. Again, this represents literally thousands of people that rely on musicians.

The broadcast industry is another huge branch. Hundreds of radio stations, web, and streaming sites, the DJs (both on-air and in private business), and the thousands of folks working in media depend on the musicians’ product. Advertisers and the products that depend on wide exposure are an extension of this industry.

The live music scene is a support mechanism for a myriad of offshoot businesses, from the companies that produce liquor and beer, tables, chairs, and other ancillary products to the bartenders, waitresses, cleaning staff, and taxis that rely on wobbly patrons looking for a safe lift home.

It’s easy now to extrapolate and project the billions of dollars generated annually in Canada by music and various tertiary industries that rely upon it. Why then is the average income of a musician in this country barely $15K? We need to examine what’s broken with the system.

The “fruit” growing from the branches represents the tremendous amount of money generated. The “farmers” are the recording labels, venue owners, streaming companies, festival promoters, etc. As in any interdependent society, some of the fruit should be left to feed the roots and reseed the industry, in other words, to share the profits with the source—the musicians. Failure to reinvest in any business leads inevitably to failure.

Unfortunately, the employers we deal with have a far different view of the music industry. I have often visualized an inept government, or charity, where billions of dollars are fed into one end of a giant machine, and out of a pipe at the other end drops a nickel for the public—or in this case, the musician. The employers, and their insatiable desire for ever-increasing profit margins, clearly operate similar to this machine model. Without a fair share of the profits going to the “roots,” the eco-system must inevitably die. Musicians seek other types of work to subsist, which then deteriorates their skills and the resulting product. Or, they make a career decision not to enter the industry at all, which also leads to system collapse.

Also unfortunate is the fact that more musicians will come along who are willing to work longer hours, for less money or free, further perpetuating the greedy ways of the employers. The obvious answer is collective action. When you record or perform live, always make sure you are paid what you are worth and never below scale or without a contract. That’s the only way to force employers to abandon the “machine” model and embrace their responsibility to help sustain music’s eco-system.

Unions throughout Canada are pleased that the federal government has tabled legislation to repeal controversial bills C-377 and C-525. These bills were designed to weaken unions by forcing redundant and unreasonable financial reporting, and by making it more difficult for Canadians in federally-regulated workplaces to join a union.

These bills were nothing more than an attempt to undermine unions’ ability to do important work like protecting jobs, promoting health and safety in the workplace, and advocating on behalf of all Canadian workers.

Bill C-377 was pushed through Parliament by the last government in June 2015, despite loud opposition from many different groups, including the NHL Players Association, Conservative and Liberal senators, constitutional experts, Canada’s privacy commissioner, the Canadian Bar Association, and the insurance and mutual fund industry. Minister Mihychuk should be commended for her leadership in repealing this legislation and restoring a balanced labour relations framework for federal workers.