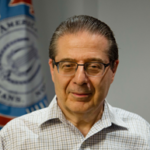 You may wonder why an issue focusing on electronic media has space devoted to live performance work. It would seem to be a contradiction in terms. In the following  paragraphs you will learn about this distinct and important connection and why it is essential for locals to take an aggressive approach in seeing to it that the services of musicians are protected.

When a live performance is recorded or taped, as most are these days, if there is no signatory to an appropriate AFM agreement covering the recording/taping, the live performance contract will play a key role. It should include “paragraph 6,” which contains words to the effect: no performance shall be recorded/taped in the absence of an AFM agreement to cover the recording/taping of the musicians’ services. This wording enables the Electronic Media Services Division (EMSD) to pursue the appropriate electronic media payments—wages, residuals, royalties and benefits—against the “purchaser” of the live gig.

If live work is performed under a collective bargaining agreement between the AFM local and the employer, or if it is done under an AFM Pamphlet B touring agreement, any recording that takes place will most likely be covered. For instance, there is an artist who is signed to a Pamphlet “B” Touring Agreement, which covers the live services of the musicians. The artist is also signed to the proper AFM electronic media agreement for the recording of the performances. Therefore, the musician receives additional payments covered by that electronic media agreement, including wages, pension fund contributions, health and welfare (filed on the relevant AFM B Report Forms), and any ancillary payments stemming from that agreement.

However, in situations where there is no collective bargaining agreement or AFM-approved touring agreement—whether it is for a church service or an artist performing at a major venue—in many instances the live performance contract is not filed to cover the date. Therefore, the AFM is hard-pressed to secure additional electronic media related payments.

As a recent example, it was brought to the attention of the EMSD that a group of musicians from a church were taped. That taped performance was exhibited on an ongoing basis over the Internet. With no AFM agreement in place to cover the taping or live performance contract, the EMSD has been unable to pursue payments due the musicians that would have applied under the AFM’s Internet Streaming Agreement. Unfortunately, there are many similar situations.

The solution is relatively simple. When engaged for a live performance, musicians should check ahead of time with the local having jurisdiction over the venue to find out the status of the live contract. This will give the local the opportunity to provide the “purchaser” of the musicians’ services with the appropriate contract.

Locals can take an active role in policing activity that takes place within their jurisdiction to safeguard its members’ work. This may be easier said than done, but more than worth it to ensure that the services of musicians are protected to the utmost degree.