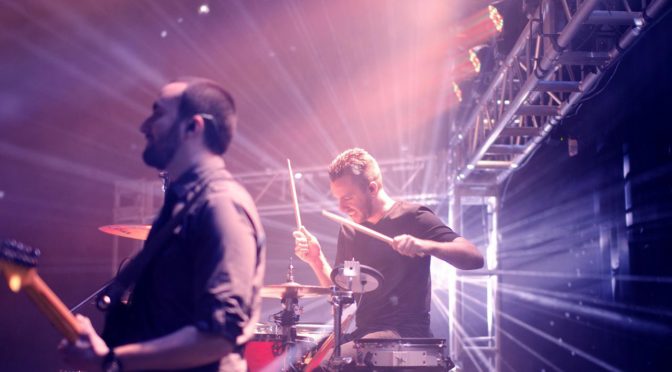 The now defunct Eastern Airlines used to have a slogan: “We’re only as good as your last flight.” Maybe the airline is gone, but that slogan had a lot of truth in it. You’re only as good as your last gig in the mind of the people who heard you the last time you played. Not all gigs live up to your expectations. It could be a club or a private party that doesn’t come off exactly as planned. Maybe there was a crappy venue-provided sound system. Maybe weather, or any number of other circumstances, kept people away, and the attendance was far less than expected. We’ve all played gigs where we can’t wait for the night to be over or played gigs where the booker just wanted “background music,” and  no one pays any attention to you or your band. It’s tough playing for a small crowd in a huge room, particularly when hardly anyone knows you’re there.

We hear all the motivational hype about putting your best foot forward, thinking positively,  and when life hands you lemons, make lemonade, etc. It’s easy to preach these things when you’re on the outside looking in. It’s not that easy if you’re in the middle of a gig that’s the absolute pits.

Some time back, AFM Secretary-Treasurer Sam Folio was in town. Now, even though we’re not in a major metro market, there’s a casino, many musical theaters, off-Broadway productions, quite a few concerts, and some decent club work, especially for younger groups. There’s work, if you want to go after it. We got talking about various local musical talent and I wanted him to hear a group at a well-known club, on a night where it was snowing like crazy. Not only that, there was little promo that the band would even be there. Few people showed.

The problem, however, was that one of the people who actually did show was a concert promoter who brings in major acts to one of the local theaters. He had verbally committed to using the band as a warm-up act for a national band where the pay was over scale and the exposure was significant. He was there less than an hour.  The band was on a break for half of that time. No one in the band figured out who he was, and they didn’t know he was coming. When the band did play, it was obvious that the drummer had more than enough to drink. The band simply did not have their hearts in it and they were goofing around more than actually playing their best charts. I was embarrassed for my AFM guest. It got worse. The concert promoter left the club and found another band.

And there lies the moral to this little episode: “You’re only as good as your last gig.” We are musicians. We play live music—we don’t push a button and let recorded music play. We are entertainers, professionals, and musicians who have spent years learning our craft. We want to get paid decent bucks for our talents and skill, and we want our clients to get what they pay for. Actually, more than what they pay for.

Don’t cheat the person who hired you, or the audience in front of you, no matter what the size. Play like your next gig depends on it. Play for the hotel staff; play for whoever is in your audience. Play for yourself. You never know who might be talking about you long after the chairs are piled on the tables and the lights are turned out. It could be an agent, a meeting planner, a club owner, a corporate exec, the manager of the hotel who books groups, someone who’s getting married and looking for a band, a record producer, or maybe just the person who hired you. One dissatisfied person will tell 20 others. Those 20 will tell 100 … and on it goes.

But whether you believe it or not, someone is always listening. Not only that, social media can spread their thoughts in a hurry. You never know if that one person could advance your career or put it into a holding pattern.

If you work a single, a little self-discipline can go a long way. If the room is sparse, make friends with every person in the room. If you’re in a band, don’t let one irritated musician in your group bring down the whole affair, just because it wasn’t what you expected. You’re an AFM member; you are a union musician. You get paid to play to the best of your ability to a crowd of 1,000, 100, or maybe just one. Make it a stellar performance, like your career depended on it. Who knows? Your next gig and your income might depend on it as well.