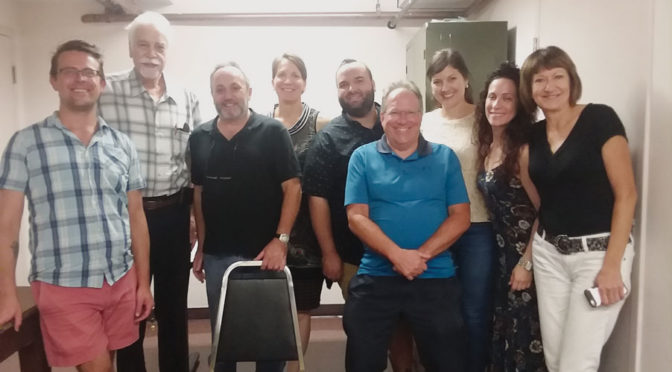 The phenomenon of live orchestras performing on stage with videos projected on a large screen probably started with the Star Wars tour. On that tour, an 86-piece orchestra played the score live to scenes from the wildly popular Star Wars film.

This past summer, the Kingdom Hearts Orchestra tour made its way across the country with 11 stops, from Boston to Las Vegas. The tour employed nine touring principal musicians covered under an AFM agreement and hired 52 additional local musicians at each stop to fill out the complement. For those 52 musicians, agreements covering that type of employment were utilized and filed in each local.

I attended one of the concerts at the Mann Center in Philadelphia in early August. I was astounded at the quality of the overall sound and musicianship of the group playing live, with no additional recorded reinforcement or electronic sweetening. This live acoustic music was a delight to behold.

The enthusiastic audience, fans of the Kingdom Hearts video games, knew the music intimately and applauded after each scene from the game.

The logistics of traveling nine musicians around the country is at once exciting and challenging. Yet, when I met with the travelers in Philly, with only Phoenix and Las Vegas left on the tour, they were upbeat. They all enjoyed playing a one-time three-hour rehearsal and two-and-a-half hour show with a different orchestra in each town they performed.

Colleen Ruddy, the touring principal bassist and member of Local 9-535 (Boston, MA) says, “Performing on the Kingdom Hearts Orchestra tour was a true privilege. The playing in each city was notably different in terms of styles and traditions—Pittsburgh players’ style was different than the players’ in Boston and similarly in all of the other cities we had the opportunity to perform. I believe this difference results from the musical culture in each city, the influence of area teachers, a ripple down effect of the style of each full-time symphony and the musical opportunities available. The score for Kingdom Hearts included rich cinematic moments intertwined with familiar Disney melodies—the fans loved it. Music, travel, and friendship, new and old, all seem to come together during this opportunity.”

The contractor and personnel manager for the tour was Boston-based Steve Olans, also a member of Local 9-535. He both hired the touring musicians and was the liaison between the producer and the contractors in each city that hired the 52 local musicians who completed the orchestration.

Olans faced numerous challenges in meeting the needs of the group, such as renting a bass in each city for the principal bassist. “Rather than travel with a double bass we would rent one in each town,” he says. “It was always interesting when I would ask our touring bass player, Colleen, what she thought of the rented instrument. Sometimes she indicated that the instrument was great, and on occasion, she would smile in her good natured way and indicate that it wasn’t quite as good.”

“The first thing I did was secure the nine Boston-based touring musicians,” explains Olans. “Then I contacted the officers of each local. They were certainly glad to hear that the musicians traveling with the tour were working under an AFM National Touring Contract that was negotiated by AFM’s Director of Touring George Fiddler. All of the AFM locals were aware that this show was coming their way. They wondered who was playing the show, if it was self-contained or going to hire a local orchestra, and if it would pay union scale and file union contracts. There was a sigh of relief when I told them I was going to contract/sub-contract a union orchestra using their members, alongside the touring musicians. Each local would have a union contract along with pension, work dues, and all of their other wage scales and working conditions.”

He continues, “In some cities, we hired an existing orchestra—the Chicago Philharmonic or the Chamber Orchestra of Philadelphia—and in other locals we worked with some incredible groups of freelance musicians.”
Steve Olans rose to the occasion in an unflappable way, negotiating last-minute changes. The success of this tour demonstrates to producers the quality of hiring professional union musicians at fair wages and benefits. It affirms that projects can be both financially and artistically successful.