The Film Musicians Secondary Markets Fund (FMSMF) once again hit a record high in residuals collected for musicians in Fiscal Year 2019 (fiscal year ending March 31). Secondary market residuals, which were established by the AFM’s Basic Theatrical and Basic Television Agreements and are collected by the FMSMF, have grown over the past 10 fiscal years—from $76 million in FY2010 to $115.7 million in FY2019, representing an increase of almost 51% during that period.

The continued growth of contributions collected by the FMSMF during the past several years is driven by two major factors: Increased collection compliance activity by FMSMF staff and outside attorneys to recover residuals that were not voluntarily paid by obligated companies; and a steady growth in residuals generated by the release of films and TV programs into digital platforms, such as SVOD. In fact, the growth in residuals from the release of “traditional” content into “new media” platforms is the major driver of the increase in residuals since FY2010. Residuals attributable to secondary market exhibition on these new media platforms has offset the decline in residuals generated by secondary market release in DVD format during the past 10 years.

FY2018 was the first fiscal year in which FMSMF forwarded a payment to the AFM-Employers’ Pension Fund (EPF) as required by the AFM Basic Theatrical and Television Agreements. This payment represents 1.5% of the residuals collected plus the FMSMF’s interest earnings for the year, and is sent to the EPF in order to support its health and funding status. During FY2019, almost $1.3 million was sent by FMSMF to the EPF to bolster the pension plan’s funding. The continued growth in secondary market residuals, if sustained and expanded in the future at levels consistent with the experience in recent years, will benefit all pension fund participants.

FMSMF received residuals for more than 250 new titles during FY2019. “New titles” refers to titles paying into FMSMF for the first time. Most of these newly reported titles were films and TV shows first released in their primary market in 2016, 2017, or 2018, although some were older films and series that generated secondary market receipts and residuals for the first time during FY2019.

The FY2019 new titles include feature films such as Blackkklansman, Crazy Rich Asians, Tag, and A Quiet Place, and television series such as Young Sheldon (’17-’18), Orville (’17), Designated Survivor (’16-’17 and ’17-’18) and New Girl (’18). An entire season of a multi-episode television series is counted as a single title. A complete list of the FY2019 new titles is posted on the FMSMF website at www.fmsmf.org/filmtitles/new-films.php.

Investing in the Future

FMSMF has embarked on a major system-wide redesign to its information systems and business processes. FMSMF has been operating on a database infrastructure that dates back to the fund’s origins in the 1970s, when FMSMF was a small operation managed out of the EPF’s New York City offices. With the growth of the FMSMF’s operation, the increase in the amount and types of residuals it administers, the increasing number of participants it serves, and the advancements in technology since the FMSMF established its stand-alone operation in Los Angeles in 1999, the time has come to take bold steps to move FMSMF into the future. This multi-year upgrade project is designed to bring the fund’s data systems and attendant business operations forward to better serve participants.

Just a few of the many improvements sought through the new system, which is estimated to go live during 2021, include improved and more functional interfaces for participants enrolled in online account access, increased residual contributions for participants through expanded collection activity, as well as faster resolution of unclaimed residuals and musicians’ film inquiries. The investment made now to modernize the FMSMF’s operations and systems will benefit today’s participants and future generations of AFM musicians.

FMSMF continues to provide information to its participants via FMSMF’s e-newsletter Music Notes, which is emailed to participants several times each year. In addition, we have increased our social media presence with the recent launch of our exclusive YouTube channel. Our expanding social media presence includes updates on FMSMF’s community relations partnerships with Columbia University, ASCAP, SXSW, and the American Film Market. If you’re a FMSMF participant, we hope you will subscribe to Music Notes, and whether or not you’re a participant, we hope you’ll keep current on FMSMF activities by following us on Facebook, Twitter, YouTube, and Instagram! 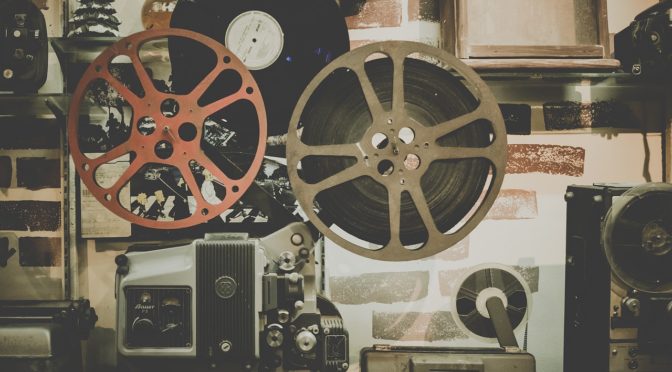 The Film Musicians Secondary Markets Fund (FMSMF) works to serve the film, television, and music communities and meet the needs of film musicians whose talents fuel the industry. To this end, the FMSMF is pleased to provide ongoing updates to AFM members through the International Musician.

Secondary Market Exploitation of Film and Television Continues to Grow!

The FMSMF closed its 2018 fiscal year with the highest level of contributions in FMSMF’s history. For the first time, residual contributions broke the $100 million threshold. When the books closed March 31, 2018, the FMSMF had received residuals of more than $107 million during fiscal year 2018, surpassing the record of $98.4 million set in FY2017.

The continued growth of contributions to the FMSMF during the past several years is a reassuring testament to the continued increase in revenue generated by sales in secondary markets, such as pay TV, DVDs, basic cable, and new media—with growth continuing to expand in the area of “new media” platforms, such as SVOD.

Residuals paid into FMSMF each year are a function of consumer demand and the resulting financial success of films, television programs, and new media projects in their respective secondary markets. There is no guarantee that the upward trend in residuals will continue in subsequent years because it is affected by consumer choices, the state of the overall economy, and other factors. However, FMSMF continues to work hard to ensure that residuals due to covered musicians are paid accurately and in a timely fashion.

FMSMF remitted more than 15,900 payments to musicians and their beneficiaries in its 2018 annual distribution.

Trends and fluctuations in various types of residual sources over the past seven years.

FY2018 was the first fiscal year in which FMSMF forwarded a payment to the AFM-Employers Pension Fund (AFM-EPF), as now required by the 2015 AFM-AMPTP (Alliance of Motion Picture and Television Producers) collective bargaining agreements, in order to support the health and funding status of the AFM-EPF. This payment, which allocates 1.5% of the annual residual contributions received by FMSMF and interest earnings to the AFM-EPF, became effective October 1, 2017. As a result, the FMSMF’s payment of more than $827,000 to the AFM-EPF covered the third and fourth quarters of the FMSMF’s 2018 fiscal year.

FY2019 will reflect a full 12-month allocation and remittance to the EPF from the FMSMF. The continued growth in secondary market residuals, if sustained and expanded in the future at levels consistent with recent years, will benefit all pension fund participants by supporting the EPF’s funding.

FMSMF received residuals for more than 230 “new titles” during FY2018. New titles refers to titles paying into FMSMF for the first time. Most of these newly reported titles were films and TV shows first released in 2015, 2016, or 2017, although some were older films and series that generated secondary market receipts and residuals for the first time.

The FY2018 new titles included feature films such as The Dark Tower, Fences, Hidden Figures, It, Sully, and War for the Planet of the Apes and television series such as Quantico (16/17), Transparent (16), and Rectify (Seasons 15/16). An entire season of a multi-episode television series is counted as one title. A complete list of the FY2018 “new” titles is posted on the FMSMF website at www.fmsmf.org/filmtitles/new-films.php.

FMSMF continues to provide information to its participants via Music Notes, FMSMF’s e-newsletter, which is emailed to participants several times each year. The fund has worked to keep its Facebook page current, including information on FMSMF’s community outreach partnerships with Columbia University, ASCAP, SxSW, and the American Film Market. If you’re a fund participant, we hope you will subscribe to Music Notes, and whether or not you’re a fund participant, we hope you’ll keep current on FMSMF activities. Follow us and like us on Facebook!

The Film Musicians Secondary Markets Fund (FMSMF) works to serve the film, television and music communities. To this end, the FMSMF is pleased to provide ongoing updates to the International Musician.

“New” films: The FMSMF received residuals for 137 “new” titles during the first seven months of the FMSMF 2014 fiscal year (from April 1 to October 31). Most of these newly reported titles were films and TV shows first released in 2012, 2013, or 2014, although a number of titles were older films and series that generated secondary market receipts and residuals for the first time.

Forty-four of the new titles were theatrical films—from big budget features such as Frozen, Captain Phillips, and Secret Life of Walter Mitty, to smaller films such as Nebraska, The Best Man Holiday, and At Middleton, which generated both critical recognition and secondary markets sales. Ninety new TV titles reporting for the first time included the 2013-14 seasons of Walking Dead, American Horror Story (Coven), Nashville, Sleepy Hollow, and Smash. In most cases, a full season of a series’ individual episodes is reported as one title, although there were 11 individual episodes of two PBS series reported as individual titles. New media is now emerging, with the first two seasons of Netflix’s House of Cards reporting residuals to musicians for the first time. Of course, additional new titles will remit secondary market residuals earned by musicians during the remainder of the fiscal year, which ends March 31, 2015.

Residuals paid to the FMSMF between April 1, 2015 and March 31, 2015 will be paid out in the July 1, 2015 distribution. A list of new titles for fiscal year 2014-15 can be found at the FMSMF website, www.fmsmf.org/filmtitles/newfilms.html, which our staff updates throughout the year. Please check our website at www.fmsmf.org to view both the list of new titles, as well as a list of all titles reporting so far during this fiscal year.

Unclaimed residuals: Thank you for helping to spread the word! During the first seven months of the FMSMF’s fiscal year, we distributed more than $900,000 of unclaimed secondary market residuals to musicians and beneficiaries who had not been previously found. This year, we’ve added to our existing efforts to find musicians and beneficiaries who may have unclaimed residuals. We’ve put our message encouraging musicians to check our unclaimed list into trade publications, added it to communications with AFM locals, and reached out to venues. We’re making progress, but still need your help. Please check our unclaimed residuals list at www.fmsmf.org/unclaimedchecks to see if you, or fellow AFM members, have residuals waiting.

From the staff at the FMSMF—best wishes for a happy, healthy, and prosperous New Year!