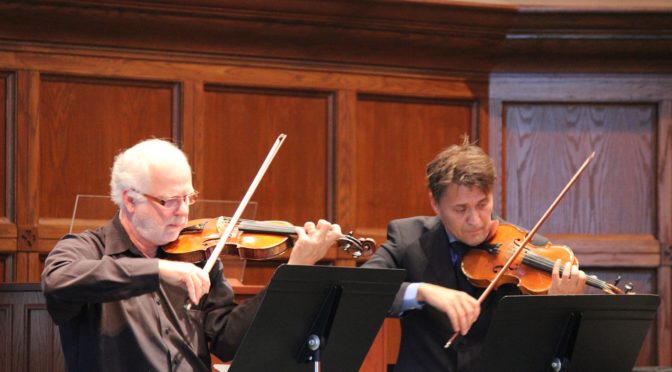 Orchestra musicians enjoy a unique representational structure. Our voice to the employer is strengthened, and perhaps made more credible, through the participation of our elected colleagues who serve on orchestra and negotiating committees alongside elected union officials. Over the years we have utilized additional committees to address specific bargaining subjects such as touring conditions and health care. With some ambivalence, we have participated in artistic advisory committees and sent musician representatives to symphony boards of directors to offer our opinions and advice to employers on subjects outside the realm of bargaining. Regardless of configuration, these committees and representatives speak with one voice, the voice of the rank and file.

A recent trend, the strategic planning initiative, known by various names—“think of the possibilities,” “innovation forum,” “artistic committee,” “vision committee,” and “long-range planning committee”—has the dangerous potential to dilute this voice. These initiatives solicit the involvement of unelected musicians, at the invitation of a long-range planning consultant, an employer representative, or even a musician closely aligned with the employer (and employer’s philosophy). They are asked to participate in groups with board members and management, discussing issues of the workplace or the future of the institution. Sometimes these efforts are motivated by genuine concerns, but often they reflect an employer’s desire to divide musicians by creating an “elite” group that the employer alleges can accomplish more than “that obstreperous, confrontational union.”

I have seen instances where consultants are hired to work with the organization on a long-range plan. Consultants generally do not want to work with the union/committee. In some cases, these consultants are former orchestra managers who did not enjoy working with their orchestra’s union/committee. Perhaps they fear they won’t be able to push the latest and greatest industry plan or that they will be caught selling a meaningless and expensive grandiose plan.

Often, discussions begin innocently enough but quickly move to issues that should be a part of bargaining or discussions involving the union and elected committee. Individual musicians offer opinions without consulting their colleagues. Members of the board and management tend to believe that these views are representative of all musicians when they may or may not be supported by the majority. Negotiations become more difficult because the employer uses information gathered from these forums to question musicians’ support for union and committee bargaining positions. The bottom line is that these discussions bypass our elected representational structure and divide our collective.

We must be proactive to prevent such internal divisions. If a colleague initiates such actions, it is imperative that each of us speak up about why doing so is harmful to our collective. By voicing such concerns we do not stifle others’ right to speak. Rather, we help to prevent a colleague from undermining our collective right to speak with one voice established through democratic processes. By heading off such efforts we guard against an employer using our own members to break or weaken our union. Colleagues who too readily embrace such employer initiatives may be ambivalent about unionism. While they certainly have a right to their own opinions, they should be encouraged to conduct themselves in a way that does not undermine the collective.

Managements will try to work around the union/committee, if they think they are able to get away with it. This is an easy issue to resolve. If we insist that management deal with our elected representatives, they won’t have any choice but to do so.