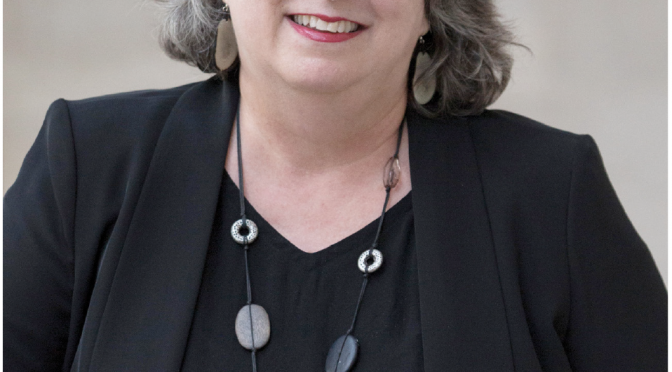 Social distancing to halt the spread of COVID-19 infection means that AFM orchestras are prevented from being on stage for at least several months. But it doesn’t mean that all work at our orchestras has ceased. For one AFM member who typically works behind the scenes, the coronavirus means work just needs to function a little differently.

Karen Schnackenberg of Local 72-147 (Dallas-Ft. Worth) is principal librarian of the Dallas Symphony Orchestra (DSO), a post she has held for nearly 30 years. It’s one of the many behind-the-scenes jobs at an orchestra—and one the average concertgoer might not be aware of. Indeed, many might be surprised to hear that an orchestra even has a librarian on staff. But Schnackenberg’s work is essential, and she says it continues unabated, despite logistical challenges. “While we don’t yet know what the next few months hold, the DSO’s three librarians are pushing ahead with rolling out orchestra parts to players for the end of this current season,” she says. “We typically get music out a month in advance, and we’re still trying to do that.”

Schnackenberg explains that preparing parts involves tasks like marking in bowings for string players, or indicating cuts requested by a conductor. “Right now,” she says, “I’m also taking apart folders from concerts that were canceled.” While a certain amount of this work can be done from home, the COVID-19 complications have added some unforeseen roadblocks. “I’m set up to scan parts from home,” she continues, “but I don’t have the equipment to make physical parts or photocopies for page turns.”

With canceled concerts, the librarians need to update their database and performance history. There’s also canceled music rental orders, with cancelation fees leading to related budgeting tasks. And with so many orchestras (including the DSO) exploring livestreaming options, Schnackenberg and her team are now also dealing with licensing issues like contacting publishers for permission to stream earlier concerts on the orchestra’s website.

The mountain of work seems daunting, but Schnackenberg brings decades of experience to the job. She laughs when asked how she got interested in the field. “My husband is a percussionist, and he asks me the same thing.” Schnackenberg recalls that she started volunteering to organize music way back in junior high school. After earning a music education degree on violin, she moved on to a master’s in performance. “I was going to teach theory for my grad work,” she says, “but they threw me in the library instead to organize it.” One of her first orchestra jobs was as a violinist in the Oklahoma Symphony, where—no surprise—they needed help in the library.

“The majority of librarians my age came to library work through playing. There was no curriculum for it, because you needed to be a musician first. An orchestra librarian must be able to read a score, figure out transpositions, etc.” For many years Schnackenberg also played as an extra violinist in the DSO, but her library responsibilities don’t allow for that these days. “Most orchestra librarians are professional musicians,” she states. “They often just happen to be non-performing musicians.”

In the 1990s, orchestra managements began to push back, and many mid-level orchestras halted this practice. “It has been a challenge to maintain the status quo,” says Schnackenberg. She knows this firsthand, having also spent several years working in the field of orchestra negotiations alongside Lew Waldeck, the first director of the AFM Symphonic Services Department. “When negotiating musician contracts, Lew always focused on getting librarians included in the bargaining unit. Managements would state that librarians are clerks. But Lew would counter that librarians are musicians, because all the work is musical work.”

In Dallas, the librarian had been taken out of the musicians’ contract right before Schnackenberg started. “It took us 19 years to gain that back,” she recalls. “We got it through the leadership and work of AFM President Ray Hair [then president of the Dallas local] and our committee Chair Matt Good, a DSO tubist and Local 72-147 executive board member.”

Several decades in the DSO’s library, on top of library work in the New Orleans Symphony, Oklahoma Symphony, and Santa Fe Opera, prepared Schnackenberg well for a leading role in MOLA, the Major Orchestra Librarians’ Association, of which she is a three-time past president. MOLA holds an annual conference where librarians from orchestras around the world gather to discuss topics common to the field.

“The conference is a wild time, I tell you,” laughs Schnackenberg. “We talk about copyright, conductors, parts, and scores.” She points out that librarians can feel like they’re working alone. “The amount of stuff you can’t know is overwhelming. MOLA started out as a way for us to help each other. The conferences are an extension of that.” A typical conference brings in composers, editors, and experts in copyright law, licensing, software, and other technologies for cataloguing, cleaning up parts, and making excerpts.

The 2020 conference, to be held in Vancouver, was canceled due to COVID-19. “This is the first time in MOLA’s history that we won’t have a conference. And that’s unfortunate, because younger librarians increasingly come to the career field through MOLA. There is no way to postpone it because a conference takes two years of organization.” Schnackenberg says online content will be created to try to take the place of meeting in person. “We are the only organization in the world like this. MOLA started 40 years ago, and we are still the umbrella entity for this career field.”