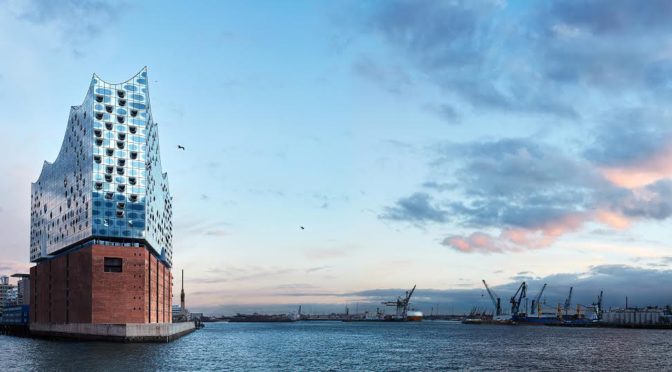 On November 5, the Elbphilharmonie, a glass-paneled building mounted atop a former warehouse and rising 360 feet above Hamburg, Germany, will open to the public. The hall, six years behind schedule and costing more than $860 million, 10 times more than originally projected, is part of HafenCity, a development project to increase the city center by 40%. Home to Hamburg’s recently renamed NDR Elbphilharmie Orchestra, officials hope the building containing two concert halls, a four-star hotel, restaurant, and residential apartments, will help to transform Hamburg into a musical center.