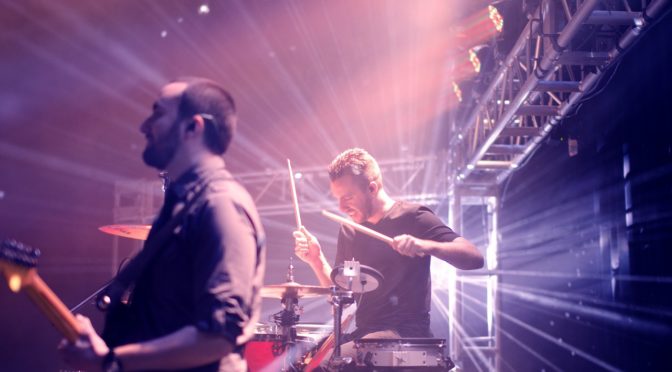 Years ago, if an indie musician wanted to try to book a club or concert venue, they probably started by calling whoever the decision maker was—the club owner, theater manager, etc.—and tried to get them to hear them play. Today it’s a little different. It’s more than a phone call or a press kit with a CD.

I wanted to find out what gets the attention of someone who books a lot of singles and music groups today. I started with Suzanne Morgan, manager of the Orange Blossom Opry in Wiersdale, Florida. She books many local and national groups and singles. Just this past week she had Ricky Skaggs of Local 257 (Nashville, TN), several local groups, a semi-known comic, and then on Sunday night the ’50s vocal group The Drifters. The previous week included The Gatlin Brothers of Local 257.

The place was packed every night. It’s a theater/concert venue and its promoted well. Wiersdale is not a major metro market. (The nearest town is Oklahawa, and I’m sure you haven’t heard of that either.) Morgan is a seasoned vocalist/performer herself. She knows what draws and what doesn’t. She says she is contacted by dozens, if not hundreds, of people who want her to be booked at the Orange Blossom Opry.

I asked her how she likes musicians to contact her. She says, “I like people who know enough to call the box office, get my e-mail address and cell phone number, and then send me an e-mail with a YouTube link so I can see and hear them.” Morgan says she responds to texts, and returns all calls left on her voice mail. The YouTube video weeds out a lot of people.

Just calling her and asking her to book you without knowing who you are, what you do, or what you sound like, doesn’t usually work. She uses a booking agency, but she books musicians on her own as well. Mogan likes talking to musicians and entertainers who already know her venue. She likes oldies, classic country groups, and tribute performers. She appreciates people who figure out what’s going to appeal to her audience. If you do a good job you will be a repeat performer, but first you have to get her attention. Mogan is a good person to know.

Next, I talked with Tom Greenwood who owns the Greenwood Winery in East Syracuse, New York. He books a lot of local musicians for his bar/bistro at the winery. He said he started with Joe Whiting of Local 78 (Syracuse, NY) and built from there. He says that AFM musicians are usually professionals he can count on.

Greenwood says he likes to develop local talent and always responds to musicians calling the winery to find out who to contact and what they’re looking for. He’s got something going on every week.

If you fit the bill, the next thing he wants to find out about is your social media presence. How big is your following? Are you going to help get the word out that you’re performing at his venue? He doesn’t want “pay-to-play” musicians and he doesn’t want musicians who play for the door. He wants professionals who fit nicely into his bistro scene. Greenwood says you can email him a video and then leave him a voice mail. A little persistence helps. His manager also plays a part in who gets booked.

All in all, it takes a lot of things to keep your calendar full. It’s more than being a good indie musician. Today, you need to have some social media presence smarts, networking expertise, correct contact info, and be willing to put a little energy into finding work. But first, you need to get the attention of the person who might hire you. In today’s market, when your video clip is seen, your texts acknowledged, and emails read, you have a better shot of getting a positive response.