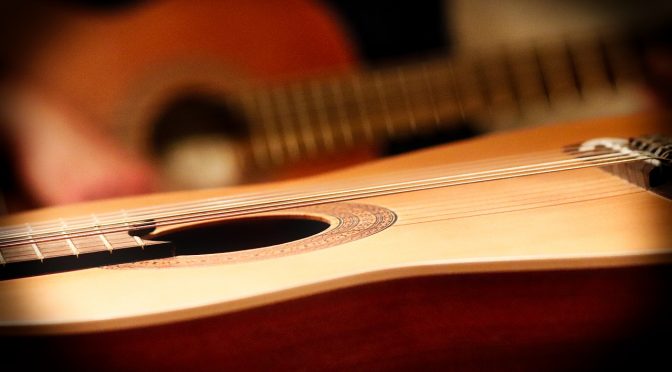 A consortium of nearly 200 organizations agreed recently to ease restrictions on the buying, selling, or transportation of musical instruments made from endangered species materials across international borders. The actions, approved at the gathering of 183 parties to the Convention on International Trade in Endangered Species of Wild Fauna and Flora (CITES) at the Conference of the Parties (CoP18) in Geneva, will improve the mobility of performing artists, redirect enforcement resources to support conservation, and facilitate international cultural activity.

For orchestras and individual musicians seeking to buy and sell instruments across borders, or to travel internationally for performances, CITES sets some limitations and requires permits for instruments containing material from species under protected status, such as rosewood, lizards, sea turtles, and elephants. At CoP18, treaty negotiators considered new rules related to items containing rosewood, cedrela, and mammoth ivory, and improvements to the Musical Instrument Certificate in use by touring orchestras.

Delegates from the US, Canada, the European Union, the CITES Secretariat, World Resources Institute, and the World Wildlife Fund International all spoke in support of policy changes during the August 28 vote.

The following improvements were adopted:

Rosewood: A proposal was adopted to allow all commercial and non-commercial movement of finished musical instruments, parts, and accessories that contain rosewood (the dalbergia genus) to be exempt from CITES permit requirements, aside from Brazilian rosewood (dalbergia nigra), which has been under tighter restrictions since 1992, and will remain subject to permit requirements. The exemption will take effect 90 days after adoption, in late November 2019.

This represents a significant relief for musicians that buy and sell instruments containing rosewood internationally. This also adds certainty for musicians and orchestras traveling with instruments that contain rosewood. These instruments will be fully exempt from permit requirements.

In the course of discussions among a variety of stakeholders, a consensus emerged confirming that conservation goals are not furthered by requiring finished musical instruments, parts, and accessories to repeatedly undergo permit processes. However, the rosewood material used in making musical instruments will remain subject to permit requirements; this conservation effort was supported by stakeholders.

Cedrela: A proposal related to newly listing Cedrela (a tree species used in making some classical guitars) was amended to exclude finished musical instruments containing the wood from new CITES permit requirements. The exemption will take effect 12 months after adoption, in late August 2020.

Mammoth: A proposal to include the woolly mammoth as a species subject to CITES controls was rejected. Many parties stated that mammoth ivory can be differentiated from elephant ivory in trade. Mammoth ivory has been used in small quantities to replace elephant ivory in musical instruments for several decades. CITES parties agreed to consider studying how the trade in mammoth ivory impacts elephant conservation.

Musical Instrument Certificate: A decision was approved to initiate a CITES effort to streamline and simplify permit requirements for “the international movement of CITES specimens where the trade will have a negligible impact on the conservation of the species concerned,” including the non-commercial cross-border movement of musical instruments. The CITES Musical Instrument Certificate is used by musicians performing internationally with older instruments that contain protected species material that require CITES permits, such as elephant ivory tips on bows, tortoiseshell embellishments, and lizard skin bow grips. Currently, substantial resources must be invested by both musicians and enforcement authorities to enable musicians to perform internationally with their instruments.

The next steps in response to calls to ease the permit burden will take place in CITES meetings beginning in 2020. Resolutions were also approved to harmonize the codes used on the Musical Instrument Certificate and clarify the requirements for determining that items qualify for CITES permits.

Detailed information on changes to the current rules for traveling with musical instruments containing endangered species material is available on the League of American Orchestras website.