Even though in 2016 the National Labor Relation Board (NLRB) ruled that students may unionize, many fear that they will eventually lose that very right due to Trump’s appointment of two Republicans to the NLRB. The NLRB has a history of flip-flopping on the issue over the past two decades.

The Communications Workers of America (CWA) has asked companies where its members work (Verizon, AT&T, and six others) to pledge in writing that they will increase employee pay if Congress cuts corporate taxes. Specifically, CWA has asked for them to commit to giving workers a $4,000 raise for every year that the corporate rate is reduced to 20%.

“We are going straight to the people who know how corporations plan to spend the billions of dollars being handed over to them—the CEOs—and asking them if they intend to keep the promises that Trump is making on their behalf,” says CWA President Chris Shelton.

The Trump administration has claimed that, if the corporate tax rate were cut from 35% to 20%, a typical American would make $4,000 more per year. No companies were willing to make the pledge. 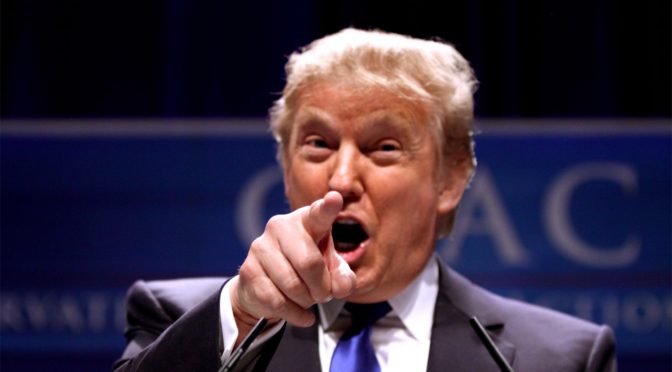 When Neil Young of Local 47 (Los Angeles, CA) rejected Donald Trump’s use of his song for political purposes he was in good company. Rollingstone published a list of 34 artists who objected to the use of their tunes in political campaigns, among them were Bruce Springsteen of Local 399 (Asbury Park, NJ) and 47 regarding Ronald Regan’s use of “Born in the USA”; Dave Grohl of Local 47 over John McCain’s use of “My Hero”; Nancy Wilson of Local 76-493 (Seattle, WA) over Sarah Palin’s use of “Barracuda”; Eddie Van Halen over John McCain’s use of “Right Now”; John Mellencamp of Local 11-637 (Louisville, KY) over John McCain, George Bush, and Ronald Regan’s uses of “Our Country,” “Pink Houses,” “ROCK in the USA,” and “Pink Houses”; Joe Walsh of Local 4 (Cleveland, OH) over Congressman Joe Walsh’s use of “Walk Away”; Neil Peart of Local 298 (Niagara Region, ON) over Rand Paul’s use of “The Spirit of Radio” and “Tom Sawyer”; and David Byrne 802 (New York City) over Charlie Crist’s use of “Road to Nowhere.”