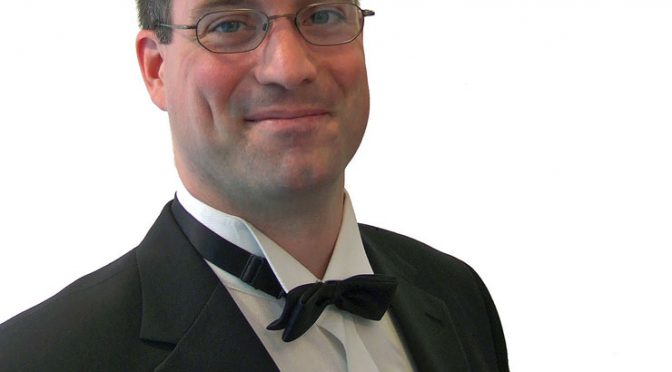 The Newfoundland Symphony Orchestra (NSO) is the only orchestra in the province of Newfoundland and Labrador, and the easternmost orchestra in North America. Since 1985, the relationship between management and musicians has been governed by a players’ agreement that often left the players unsure about processes and what their rights were.

In 2016, Greg Bruce, who at the time was president of Local 820 St, John’s, NL), presented the NSO Players’ Council with an idea. “When Greg talked about the process of creating a collective agreement, it just made sense,” says Carole Bestvater, chair of the NSO negotiating committee. “It was becoming clear that having an agreement in place would be important, especially to get some security in the lives of the freelancers. There were always questions about the audition process and tenure.”

After the musicians voted in favour of pursuing a collective agreement, the process of drafting a proposal began. Bestvater was joined on the negotiating committee by Kathy Conway-Ward, Jill Dawe, Nicole Hand, Kate Read, Theo Weber, and Chris Williams, with the assistance of Rozalind MacPhail, executive director of Local 820. “The committee spent the whole 2017-2018 season reading and studying about a dozen agreements from other orchestras across the country, and we inspected our own players’ agreement with a fine-tooth comb,” Bestvater explained during the presentation of the tentative agreement to the musicians. “We discussed things that were working, and things that weren’t. We found gaps in our own players’ agreement that needed addressing and researched national standards of doing things that we felt were important for our organization to adopt. We preserved many things that were working well, and fine-tuned other items that needed more detail.”

With assistance from SSD Canada, over a period of several months, the musicians refined the document they had created and prepared to present it to management. Formal negotiations began in February and proceeded fairly quickly. To their credit, NSO management, led by CEO Hugh Donnan, saw the value in working with the musicians and the AFM to develop an agreement that would set clear expectations for everyone, and help the NSO grow into an even more important musical voice. Both sides also appreciated the need for an agreement that recognizes the unique history and composition of the NSO, and the challenges that come from being situated on an island in the North Atlantic.

On May 14, the musicians reached a tentative agreement with management, and set about finalizing the document, which was presented to the membership on June 4. On June 15, the members of the NSO ratified their first collective agreement.

In addition to the protections that come from working under an AFM-negotiated collective agreement, the committee was able to win improvements in virtually every area. Wages will increase by more than 16% over the three-year term, premiums for principal players are mandated for the first time, and pension contributions of 5% will begin in the first year. Musicians will now be entitled to paid sick leave and paid compassionate leave, and most musicians will have a minimum service guarantee. The existing audition procedures were improved and formalized, and the musicians will receive the full protection of tenure with a peer-reviewed dismissal process.

Throughout the process, the negotiating committee was focused on achieving an agreement that would benefit the whole orchestra. “We didn’t want anyone to feel pushed out by this agreement,” Bestvater says. “It was about getting the best conditions for everybody. That collective spirit has always been there, but it was definitely focused as we got closer to ratification. That reflects on the orchestra as a whole—we really just want the opportunity to play music together.”