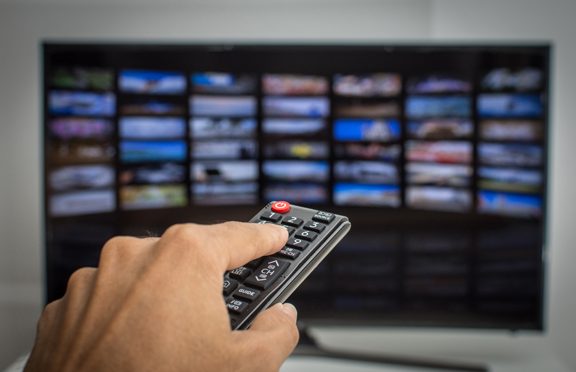 I will begin with the reason for this particular subject matter. On July 16th, negotiations with the Canadian Media Producers Association (CMPA) came to an abrupt halt when I stood up and walked out of the room (while uttering expletives and colourful metaphors). Before I explain why, you must first indulge me in a journey through some Canadian AFM history.

There are two contracts which have for many years been the bible for movies and television drama: the Theatrical Motion Picture Agreement and the Television Film Agreement. Both are excellent, and have the additional advantage of channelling payments into the Film Musicians’ Secondary Market Fund (FMSMF). Through the years, in order to monetize changes in distribution, the primary session fee of both agreements has been deliberately set on the low side. However, as the product moved to supplemental markets (think in-flight movies, pay TV, videocassette/DVD rental and sales, free TV, and sales to other countries), this would generate mandatory payments into the Fund on behalf of the musicians who participated in the score. In the end, those residuals resulted in significantly higher payouts than what could be bargained for a session.

However, while those agreements were used in Canada, the results were quite different. First of all, the US is the big dog when it comes to the production of audiovisual content. With our population being one-tenth of the US, Canada’s footprint is proportionately smaller—and narrower. While it’s not unusual to hear of a US film budget in the hundreds of millions of dollars, the vast majority of Canadian films are well below $5 million. Most are what used to be called “movie of the week.” There are also documentaries, some episodic television drama and features that are entirely “Canadian Content.” To assist Canadian producers in finding capital to produce at all, there are federal and provincial tax credits for qualifying content, along with the ability to partner with foreign entities and produce “treaty” films. Some of this funding comes by way of a certificate issued by the Canadian Audio-Visual Certification Office (CAVCO) and is acquired by scoring high enough on a point system to merit approval.

I am oversimplifying for the sake of space, but another factor is the absence of “big” Hollywood studios. There are very few based in Canada, with some exceptions, meaning they don’t own/distribute the production once it has been completed, but rather produce on behalf of another entity—primarily a Canadian broadcaster. In order to keep everything straight (for the tax credits and other necessary financing), a separate numbered company is opened to produce each film, or season of episodic drama. Once production is completed, the company is terminated.

This vastly different system (and market) created some problems for AFM members working under the MP/TV Film agreements, one being that each individual numbered company would have to become signatory to the agreements. Since the doors would close at the end of production, there were not many takers. If they did sign, once production ended, there was no entity left to pay any residuals into the FMSMF. Further, because of the type of productions these were, it was unlikely that a Canadian product would go further than television, and therefore, little opportunity for supplemental market residuals. Canadian session players would be recording for the same session fees as their LA counterparts, but would see residuals of $10 as opposed to thousands, or nothing at all.

To remedy the inequity and recognize the vast difference in production, around 1995, Canadian composers—now known as the Screen Composers Guild of Canada (SCGC)—consulted with former vice president from Canada Ray Petch, and shortly thereafter his successor, David Jandrisch, to find a remedy. Hence was born the Canadian Content Production Rules (CCPR). While I am unclear as to just how many folks were involved, I know that David Jandrisch and Local 149 (Toronto, ON) member/composer Glenn Morley played significant roles in the structure and language, as well as former Administrative Assistant Len Lytwyn. I’m sure Glenn or Dave will correct any inaccuracy.

CCPR was/is a short document, and lives as an addendum to the MP/TV Film Agreements for the production of CAVCO-certified or Canadian content in Canada. The premise is simple: The mandatory payments into the FMSMF are waived in favour of a higher session fee. In reality, it’s a pre-payment to the musicians to replace the residual. Because of this, the production may be distributed worldwide, to all markets in perpetuity. While often mistakenly referred to as a “buy-out,” it’s really only a pre-payment on distribution. The fees do not include other uses of the music, or repurposing in any way. To be clear, CCPR is not to be used by US companies who are currently a signatory to the other agreements. There is an application that must be completed, and certain criteria must be met.

For many years, CCPR flourished and producers were happy to sign on. However, in the 24 years that have passed, the industry has transformed radically, and that includes productions in Canada. Filing of CCPR paperwork (and the accompanying B7 report forms) has declined significantly in recent years, and there is more than one reason. With the surge of different broadcast models (i.e. streaming services), production budgets have dropped, which includes post-production (and scoring) budgets. The producers are offering less money to composers to deliver a completed product. Sometimes, the composers choose to use musicians in other countries (e.g. Prague, Bratislava) to keep costs down. Of course, none of that can be filed as AFM. And more often than not, the composer is compelled to hire no musicians at all and produce the music “in the box.”

Clearly, producers and distributors are still making profit as there is more content being produced than ever before, but it doesn’t seem to be available for music. So where is the money now? In a word—streaming.

To those of us in the Canadian Office, it became obvious that CCPR, in its present form, had outlived its usefulness. If producers were not offering a sufficient music budget, then musicians must be resourceful and find other means to maintain their scoring business. The agreement must be rewritten to allow for revenue to be extracted from what is now at least a $40 billion market worldwide—online streaming services. This is also the reason we entered into negotiations with the CMPA, to establish a new, forward-thinking agreement that recognized where the money is, and give musicians a fair share.

In our first meeting with CMPA, we tabled a reworked version of the General Production Agreement, as used with broadcasters such as the CBC. After one pass back from them, it became clear that broadcasters and producers (when they are not the same entity), are different animals. The next four rounds of negotiations were extremely busy, as the AFM team worked toward a complete rewrite of an independent production agreement for use in Canada. In March of this year, we sent a complete pass to the CMPA, and while it no longer looked anything like our first proposals, the team was confident that we had constructed a fair and comprehensive agreement which both recognized the quirky differences of Canadian production and presented multiple alternatives for the fair compensation of AFM musicians.

We now come to July 16. CMPA had prepared a response to every article of our proposal. As they read through them, my heart fell. None of the major points were accepted; in fact, what they came back with was worse than the original CCPR.

On the subject of streaming residuals—knowing most of their member producers would have difficulty in making payments once production was complete—we offered two alternatives. One was the standard percentage of distributor’s gross—the musicians make money if the producer makes money. The other was a term buy—a pre-payment for the number of years required, which could be made at any time. This would allow the producer to easily budget in advance, based on their licensing deal. CMPA deleted both proposals, unwilling to share any of the streaming revenues, despite the fact that other unions already have it.

While there were many additional aspects which clearly demonstrated that CMPA had no respect for musicians, they also eliminated composers from the agreement. Notwithstanding that we had presented a letter from the SCGC requesting their inclusion, CMPA took the position they didn’t belong in an agreement specific to scoring music (yes, you read that correctly). Further, they insisted upon eliminating provisions for musicians who are captured on camera (“sidelining”). All of these existed in the CCPR language. At that moment on July 16, the overwhelming feeling was that we were facing a team of greedy, anti-musician union-busters, giving rise to my angry reaction to walk away.

Will we get back to the bargaining table? While I hope so, as it would be in the best interests of all concerned, there will have to be a different attitude emanating from the CMPA side of the table. What about CCPR? We have given notice to CMPA that CCPR terminates on December 31. It will be replaced by a document which recognizes the current realities in television and film production; a document which provides musicians with pension contributions, fair wages, and a doorway into the billions being made from streaming that is currently being horded by the large corporations and digital companies. Producers wishing to utilize AFM musicians may do so by utilizing this new agreement; or, they can use one of the other AFM agreements already negotiated and ratified—such the MP/TV Film, or the General Production Agreement (CBC). Whichever way it goes, we are further ahead than agreeing to the table scraps that were being offered by CMPA. Obviously, this story has more chapters to be written.