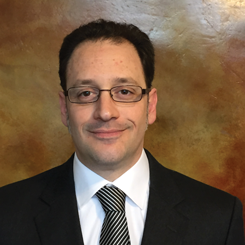 During a recent AFM local officer training session, in the question session at the end of my presentation on “right to work” laws, a new officer raised her hand and stated: “It looks like we have to get back to basics.” Not coincidentally, this is also the current strategy that many unions, including the AFM, have adopted.

Over the past 50 years, laws that were fought for and won by workers using their voices in the public forum have been quietly eroded behind closed doors in our courtrooms and legislatures. If we become complacent, we risk losing the rights that we think are commonplace in our 21st Century workplaces. These rights were fought for and won by average workers in previous generations who did something about the injustice and inequality that surrounded them. We must get back to the basics of unionism, if workers are to survive and thrive in our uncertain future.

People working in a union has proven to be the number one check against inequality. The greatest victories in history were earned when people joined together for a common purpose. During the early 20th century, when work was often performed in dangerous and unregulated conditions and many jobs paid substandard wages, employers routinely exploited workers by finding loopholes in the law or breaking laws outright in order to maximize profits.

This was all overseen by a minority of wealthy individuals who wielded almost complete power to keep a system of inequity in place for their personal benefit. You would be correct in thinking that what I described sounds a lot like today, because our current level of inequality is about the same as it was 100 years ago. We must get back to basics, if we are to survive as workers.

There have been many challenges to our right to organize over the past 40 years. By the time this article is published, the Supreme Court may have decided the Janus vs. AFSCME case. If they rule against AFSCME (which looked certain when writing this article), then you are reading this in a world where every public sector job is right to work, regardless of the state. This decision and the overt attack on workers is a culmination of 100 years of effort by corporate America, through their think tanks, lobbyists, and legal teams, to destroy the rights earned by working people acting in union.

The first part of this effort is right to work legislation. After right to work’s recent expansion to 28 states, the percentage of organized workplaces in the US private sector has dwindled to 6% in 2018. Janus focuses on public sector workplaces, which currently have a much higher density of 35%. We can only fight against power like this if all workers get back to basics.

When we get back to basics and work together, we can realize our incredible power as workers. When members are the driving influence in everything that we do, everyone develops ownership in the process. History has shown that we can use this power to both maintain and further our interests in our workplaces and communities. Many of our orchestras are currently using this model to organize and build power internally, even in off contract years. You too can begin to change your world, but only if you are active in doing so. There is no better time to start than now!