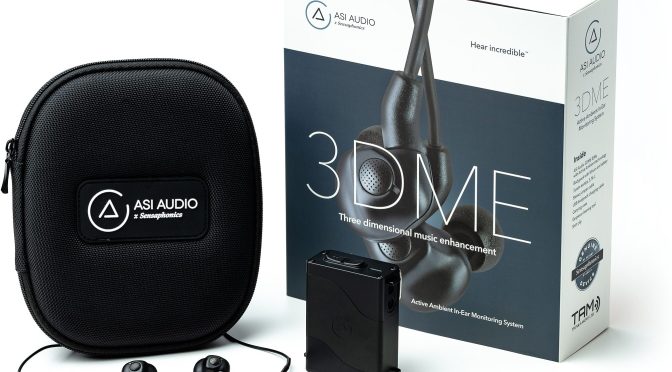 The new agreement is not without precedent for classical musicians. It’s common knowledge that rock and roll performers have suffered severe hearing loss after being subjected to excessive volume levels on stage—but in 2012, a professional orchestral musician in the UK suffered career-ending hearing damage during the Royal Opera House’s rehearsal of Richard Wagner’s “Ride of the Valkyries.” A subsequent court case revealed that the brass section sitting directly behind him had generated sound pressure levels of over 135 dB SPL. For comparison, metal band Manowar holds the Guinness World Record for the loudest live performance for a 1984 show that measured 130 dB SPL.

Local 802 member Stephanie C. Mortimore, principal piccolo with the Metropolitan Opera Orchestra and new chair of the Orchestra Committee, was part of the team that negotiated the new union contract for the Met’s musicians. “We were able to get the Met to commit to providing audiology visits and custom earplugs for every musician covered by the four-year contract,” she says. “In addition, if recommended by an audiologist, musicians can get active ambient earphones for the life of the contract.”

Mortimore chose the ASI Audio x Sensaphonics 3DME Music Enhancement IEM Systems to provide both hearing protection and to improve her performance by tailoring her monitoring environment. The 3DME system allows the user to blend the ambient sounds of the orchestra surrounding them. Mortimore says this is crucial to provide both hearing protection and to allow tailoring of the monitoring environment. She typically uses her earphones in circumstances where the setup of the Met’s 83-piece orchestra necessitates hearing protection. One example, she says, was in the Met’s production of Elektra by Richard Strauss, which ran through April 2022.

“I was seated with my right ear about half a foot from the timpani. There was a plexiglass shield in between us but it ended right around the top of my ear, so there was spillover,” she says. “I was able to tune my right ear to minus 24 dB and my left ear to minus 10 dB. So I could still hear myself, but I was protected.” But Elektra also has quieter moments. “In delicate moments where I really needed to hear the fullness of my sound and how I was fitting in, I could just tap the button and be right back to open-room sound to really hear where I was.”

Local 802 member Jeffrey Irving, a freelance percussionist and timpanist in New York City regularly working in the orchestral theater (his resume lists over a dozen shows on Broadway – including Wicked and Frozen) and chamber music idioms, including frequent performances with the Metropolitan Opera Orchestra. Irving also chose the ASI Audio 3DME system as part of the union-negotiated hearing protection benefit. “In the past, I used other hearing protection, including custom earplugs,” he says. “But I always had a problem with frequencies cutting out, especially when I was playing anything with a lot of high frequencies, like triangles, cymbals, or glockenspiel. I had a really hard time hearing the timbre of the sounds I was making.” Irving adds that as a percussionist, he’s usually in the back of the orchestra. “I often had a hard time hearing the conductor, so I was constantly having to take my earplugs in and out. Because of the 3DME’s ambient earphones, those problems are solved while my hearing is still protected.”

For the Met’s performance of Puccini’s Madama Butterfly, Mortimore says she also discovered an additional benefit to using ASI Audio’s ambient earphones. “The biggest part of my job is playing in tune, and I find that occasionally the 3DME helps me to hear better. Somehow, when the sound is coming directly into my ears, I’m able to hone in on where I need to be in the pitch center more than I can when I’m not wearing them,” she explains. “I feel like the 3DME provides some sort of separation of sound for me so that I can identify different instruments more easily.”

Because the 3DME offers that ability to focus on her own instrument and those around her, Mortimore says, she will often wear the earphones even when she doesn’t strictly need them for protection. “I feel like it just puts the sound of my instrument more in my ear and allows me to hear others in a way that I can identify where I need to be,” she says. “It enhances my sound and my awareness of where I fit into the orchestra.”

Mortimore concludes that the new agreement and the ASI Audio x Sensaphonics 3DME Music Enhancement IEM System has completely changed how she approaches her work. “The fact that I can now have hearing protection at just the touch of a button is totally a game changer for me,” she says. “I don’t think any other orchestra in this country has anything this comprehensive.”

Under the Metropolitan Opera Orchestra’s August 2021 collective bargaining agreement, audiology visits and custom earplugs are included for every musician.  Some musicians, such as Mortimore and Irving (pictured above), have opted for the ASI Audio 3DME system to provide hearing protection and also help improve performance by custom tailoring the monitoring environment.