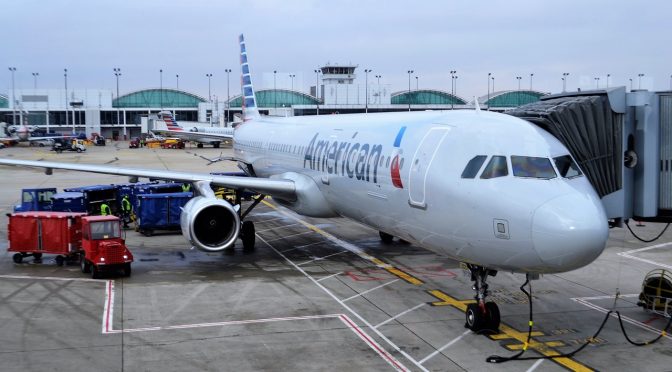 AFM International President Ray Hair and AFM legislative staff, after meeting and negotiating in late 2014 and early 2015 with US Secretary of Transportation Anthony Foxx, federal aviation officials, and several major and regional airlines, reached an agreement on musical instrument carry-on and checked baggage as mandated by Congress. The new rule, published in the Federal Register in 2015, outlined improved guidelines for musical instrument carry-on and large instrument storage in cargo while flying.

The initial airline rule changes (which required that US airlines accept musical instruments as carry-on or checked baggage on commercial passenger flights) have been mostly successful, but periodically have been met with resistance from a few airline gate attendants and air crews. The AFM has been monitoring the progression of these 2015 rules and reporting violations to the DOT. During those 2014-2015 discussions led by AFM President Hair, the matter of storage for larger musical instruments was covered, particularly as it relates to proper handling and damage.

For larger checked instruments that are not allowed in cabin, the rules were fairly succinct then and did not need considerable tweaking. Primarily, musical instrument safety was paramount for us and our negotiating coalition, which included the League of American Orchestras, Chamber Music America, the Department for Professional Employees AFL-CIO, the Folk Alliance, and others. The negotiating coalition pressed this point, which was predominant in those discussions.

After some years since the 2015 change in policy, this current move by American Airlines (AA) is a welcome step in the right direction. The needs of professional musicians—and musicians in general—to improve their plight when it comes to affordable travel using US airlines is again a welcomed advance. The elimination of oversize bag fees is important to, and has the potential of definitely impacting, the overall economic well-being of traveling and touring musicians and their pocketbooks. This new American Airlines policy went into effect May 21, 2019 and the company should be recognized.

At this writing, several questions remain as the AFM Legislative Office works to make direct contact with AA communications officials. Is this a permanent change; are gate staff and flight crews fully trained nationally to ensure a smooth transition in policy across airports; and will the company make this a permanent change in their Contract of Carriage and post it for all to see? The new policy states, “Customers can check common oversized sports and music equipment as standard baggage, up to the maximum allowed dimensions and within the weight requirements. Refer to the full policy for additional information.”

The AFM will continue to pursue answers to other questions, watch the reaction of other airlines, and report on the results in future issues of the IM. These questions include: Do these fees apply to large instruments that require special handling? How does this new policy affect large group carnets on American Airlines flights when ensembles are touring? Is it still possible to purchase a seat in-cabin for such instruments as cellos, etc.? Will the airline stick to its 2015 federal policy clarification allowing guitars, violins, and other small instruments on board?

The statement of policy change makes clear that these new rules came about as a result of “feedback from customers and American team members.” You can bet that your input throughout the years has in some way played a critical role in American’s new position, and we encourage you to stay in contact with the company, with one another, and with the AFM President’s Office to voice your opinions about important travel changes relating to your profession.

Remember, musicians working together have the power. We will revisit this matter again. Thank you for your activism.

The president of American Airlines’ pilots union says he’s alarmed by a new management initiative to speed up some flight plans, stating in a letter to union members that it could “compromise the margin of safety.” Some of the union’s pilots report flight plan manipulation to keep crews under Federal Aviation Administration caps that restrict time spent on duty, a practice called “pilot pushing.”

Capt. Dan Carey, newly elected president of the Allied Pilots Association, says American Airlines’ operations are clearly over-scheduled. He alleges management is now resorting to improvisation and cautions that pilot pushing leads to “rush to comply” behavior. This includes instructing pilots to increase air speeds, including in some cases where there is forecasted turbulence, using different flight routing, and decreasing taxi times by using paths and speeds that deviate from “what would normally be considered rational.”

American Airlines refuted the claim, noting that any attempts to speed up flight plans are done within federal limits and with the consent of the plane’s captain.