The campaign to get musicians paid for showcasing at the BreakOut West festival in Edmonton this year spawned three weeks’ worth of radio interviews, print, and online media coverage, as well as social media jousting, and effectively polarized two viewpoints. While most articles were fair in representing the views of the CFM, as well as the festival’s organizers, the notion that musicians should be paid for their performances should have been a clear winner in the opinion polls, especially with effective adhesion to the social justice issue of a fair minimum wage.

Yet out of the woodwork came arguments so ludicrous (albeit to me) that I had to stifle the chortles and guffaws. Somewhat miraculously, those arguments were embraced by a portion of the media and, by extension, their readership. I think it is noteworthy to review, if for no other reason than to apprise members.

One assertion by the festival organizers was that many of the musicians were, in fact, being paid to perform through individual grants from the provincial government or their music industry association, and in some cases, the Foundation Assisting Canadian Talent on Recordings (FACTOR). They claimed that this was the “model” of the future. This claim was usually followed by, “There was once a need for a musicians’ union, but not anymore.”

I consider this to be one of the most ludicrous positions ever presented. The notion that musicians should no longer encumber an employer with such trivial things as fees and pension, in favour of asking for government handouts as a means for surviving in the music industry, borders on ridiculous. Only an employer would have the audacity to suggest this and musicians are the only genre of worker that would give it a morsel of credibility. Imagine the response from actors, directors, screenwriters, or stagehands were it communicated that they should no longer look to the film producer for remuneration, but instead seek government grants to provide for their families.

As for the value judgement on a need for the AFM, that rhetoric is not new. It’s used by every employer to dissuade every member of every union in the Canadian Labour Congress (CLC) from participation. It is part of the perpetual attack upon the labour movement, right-wing style.

Another offering by the press suggested that it should be the musicians’ choice whether they wish to donate their services, or that perhaps the whole thing should be treated as a large audition, not a gig. Perhaps this would have merit if the organization involved was a charity, not a well-oiled machine that makes deliberate “policy” to pay everyone involved, except the musicians (who, by the way, are the folks the event is all about).

In addition, these nonpaid “showcases” take place in licensed venues, packed with festivalgoers and making huge profits from liquor sales. A venue that would normally be required to pay for their entertainment, during the festival, gets to watch the bands sweat the night away for free. As for treating it as an audition, I pick no. Real auditions are in a private room to a select few, not in a club where the audience dances, tickets are sold, and beer is swilled. You audition to find work, not to be selected for a chance to perform gratis at yet another festival, and then another. And no, there is no major label A&R person waiting to sign you at 2:00 a.m. in an Edmonton bar.

Finally, the big carrot offered by the festival—a wristband; in other words, a free pass to your own show. By my loose calculations, each band spends hundreds of dollars for travel, accommodations, and food, but are not offered even the price of parking.

The bottom line is that festivals providing no remuneration for services have no regard for the music industry at all. If they did, they would acknowledge that musicians are a fragile part of the music ecosystem, the roots if you will, and must be nourished and fostered to encourage them to seek music as a viable career option. Instead, these festivals choose to build an industry that, as a part of Canada’s Gross Domestic Product (GDP), is larger than mining and lumber combined, yet there appears to be no sustainable livelihood for the musicians.

So in the end, the BreakOut West Festival did, indeed, impart great wisdom upon those musicians in attendance, a message of enormous gravity and substance: Don’t quit your day job. 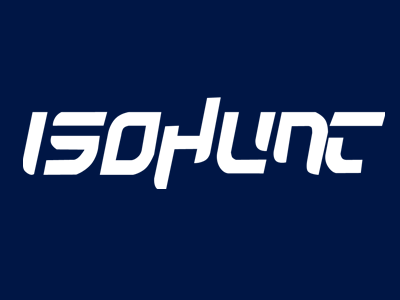 In the upcoming five-year review of the Canadian Copyright Act, certainly one of the hot topics under scrutiny will be Internet service provider (ISP) liability. At the start of 2015, a new Canadian law came into effect called the “Notice and Notice” regime. It requires that all ISPs to forward copyright infringement notices to customers suspected of downloading unauthorized content like movies, TV shows, and music.

The purpose of the notice system is to discourage piracy. Some jurisdictions, including the US, as per its Digital Millennium Copyright Act (DMCA), employ the “Notice and Takedown” regime, whereby the infringing party is notified of the violation, but if infringement continues, the site is taken down.