In August the National Labor Relations Board will rule whether the Postal Service violated its collective bargaining agreement (CBA) with the American Postal Workers Union (APWU) by outsourcing post office services to Staples stores. Typically, Staples’ employees earn about one-third as much as the average post office employee. APWU contends that the Postal Service violated the CBA by illegally subcontracting the work without negotiating with the union. 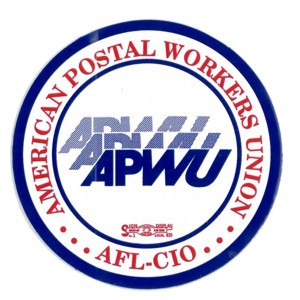 The American Postal Workers Union (APWU) and USPS failed to reach an agreement before the expiration of the current contract in May. According to an APWU news bulletin the USPS is insisting on severe cuts in pay and benefits, though progress has been made on many non-economic issues. “Management’s economic demands and proposed changes to the workforce structure were completely unacceptable,” says APWU President Mark Dimondstein.

Among the Postal Service proposals are:

On May 6, the musicians of the Cincinnati Symphony Orchestra ratified a new five-year agreement during an endowment drive that has achieved a $26 million increase in the past year. The contract provides 1.5% salary gains in each season, in addition to the restoration of 14 of 23 permanent musician vacancies. A one-time income supplement of 12% to all current tenure track musicians creates a compensation package of 3% over the life of the deal.

This is a major step forward for an orchestra that saw a drop in endowment value from $92.7 million during 2000 to $56 million during the financial upheaval of 2008. Musician concessions in 2009 and a contract extension in 2011, along with new and prudent board financial practices, provided a path to this agreement. The original goal of $20 million for the endowment was exceeded by $6 million, establishing full funding of the salary increases and restored vacancies, plus a future reduction in annual endowment draw from 5% to 4.5%.

As the institution faces the challenges of a $125 million renovation of Music Hall during 2016-17, the new labor agreement provides financial stability and eliminates the last of a structural deficit by the 125th anniversary season of the Cincinnati Symphony Orchestra in 2020.