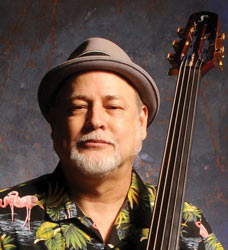 My first real interaction with the leadership of Nashville’s Local AFM 257 many years ago was for one reason—to help solve a problem involving local live gigs and an overzealous 257 business agent. After years of silent frustration, I finally stood up and said something about it at a membership meeting, and the next thing I knew, I was named head of a committee charged with solving the problem.

We met twice, identified the issue and agreed on the solution. We wrote a new local bylaw that clarified that when bands are playing “original music” in a “listening room,” the bandleader can be the employer and sign the contract. This one-sentence bylaw ended years of unnecessary confusion, numerous unjust charges against members, and a rigid attitude that was long overdue for a change. It was a turning point for me, and the start of a journey that has led me down some very different paths than I expected when I first moved to Nashville in 1977. I started paying more attention after that, and made a decision to get more involved in the business of our union.

As I was making the transition from a full-time touring musician to a freelance studio player, producer, and performer, I served on the Local 257 hearing board, and then the executive board. The more I listened and learned, the more I realized that there was much that could be done to improve things at Local 257, and that most problems seemed to stem from a lack of communication and/or a resistance to change.

In 2004, I became president of the Nashville chapter of the Recording Musicians Association player conference at a time when the AFM was fighting within itself and not taking care of business with the outside world. By improving communication between the members of our local and working with RMA chapters and AFM members elsewhere with similar concerns, we were able to make significant progress at the 2005 AFM Convention. My experience there changed my perspective once again, and I began to see the bigger picture. I could also see that we had a lot of work to do on the national level as well as within our local.

The next few years of internal union conflicts were frustrating, and it became apparent that something had to give, or the AFM was going to self-destruct. The timing couldn’t have been worse, as all this was happening at a time of great change in the music industry. After a lot of soul searching, in 2008 I ran for, and was elected to, the office of president of Local 257, which began a wave of change that peaked at the AFM Convention in 2010. I was part of the Unity Slate that brought new leadership to the AFM, including Ray Hair as president, and I was elected to the IEB.

It has been my honor to serve in both capacities since then. I am proud of what we have accomplished as a team to repair the damage done by AFM infighting over the previous decade and the progress we have made by working together. I have learned many valuable lessons, none more important than the understanding that if we are not united, we will not succeed.

So, why am I bringing up all this history up in 2019? Because time marches on, and now more than ever it is critically important for the next generation of AFM leaders to see the value in stepping up, getting involved, and making a difference. It is in the best interest of every AFM member for us to do everything we can to keep the lines of communication open within all segments of our membership. We must be united in purpose and focused on accomplishing our goals in our dealings with the worldwide music industry.

Young members are the future of the AFM, and we welcome your input and involvement. We need your ideas and energy to not only deal with what lies immediately ahead, but also to be able to anticipate future challenges. By listening to each other and working together, we all have a chance to pay it forward and help make a stronger AFM. It’s up to each of us to do our part and give back to the only organization that looks out for professional musicians. Here’s to the future!