Wage Charts: A New Tool to Look into the Symphonic World 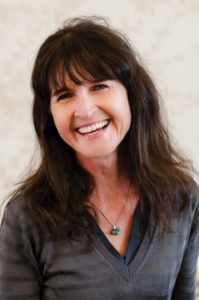 In my first article for the IM last year, I wrote about “Solidarity and Arts.” I thought that these two words would define the various aspects of an AFM Symphonic Services Division (SSD) contract administrator, data and communications coordinator. It has certainly proven to be the case.

To be an artist, especially a performing musician, requires unity. It can be a challenge for symphonic musicians within the orchestra itself. My role has been shaped by this premise. This is the reason I applied so much effort in developing forms and tools to support musicians, local officers, and the Symphonic Players’ Conferences.

One endeavor involved the creation of a tool that would help us better understand the symphonic world by analyzing and identifying specificities in our many orchestras in the US and Canada. With the support of the Symphonic Players’ Conferences we created a new website (Wagechart.afm.org) dedicated to wage charts from both a historical and comparative standpoint. Data from the collective bargaining agreements (CBAs) has been collected in wage charts for many years. Now it is part of a database that not only can be updated anytime, but can also function dynamically to create new reports on specific aspects of orchestras within one season, or of one orchestra during the past several seasons. These new sets of data are helpful to better understand the symphonic world and to support arguments in favor of improving wages and working conditions. The “Comparative Analysis” section of the website is precisely the tool that will enable musicians to more efficiently fine-tune their arguments during contract negotiations.

This is how it works. (It is only the beginning as we continue to build the site.)

Compare Now: If you opt to compare orchestras within a season (“Filter by Criteria”), you’ll be asked to choose the Players’ Conference and the season. There is current data available for the last seven  seasons (back to 2009-2010). When you hit the “Compare Now” button, all the orchestras that exist for that Players’ Conference and season will be alphabetically listed.

Criteria: You are offered the opportunity to narrow your search by selecting one, several, or all of the criteria currently available, choosing a “low” and a “high” range for the values of interest.

Layout of the Search: The list of the orchestras pertinent to your search is alphabetically organized in columns that can be moved (or hidden) for a more practical look at the results. To facilitate the visualization of the data for the orchestras you are interested in, the “View PDF” feature will present the data resulting from “comparing now” in a table as well as in a graph. The “View Financial Charts” is an alternative (enlarged) display of the graph resulting from the search. The graphs offer an at-a-glance evaluation of where an orchestra stands amongst its peers.

Keep a Copy of the Report: The report created by your search can be downloaded or printed at any time.

A search in the wage charts with the help of the “Comparative Analysis” can give interesting results. Yet, like every event in life, interpretation is required. When you observe all orchestras at once, note there are relevant differences in budget and musicians’ income. Restricting the search by adding orchestra size and/or season length values will give a more precise perspective. The budget of the orchestra is not an absolute value, but it is relative to the makeup of the orchestra. A big budget might be needed for a longer season and/or a larger orchestra, while reasons for a lower budget might include a bad economy, reflecting less funding (government, state, regional, and city funds). The amount of benefits granted, such as an employer’s contribution to health insurance, pension, and family leave, contribute to the appeal of an orchestra. As we can observe, all criteria are intertwined and are needed to get the full picture.

I will conclude by saying that a subtle but important value of an orchestra is its impact on the community. Symphonic musicians do majestic work in performing and educating their audiences. This observation, unfortunately, cannot be translated into a chart.

The invaluable service of culture to society is the reason why we should stand boundless in solidarity with our fellow artists.