Home » Officer Columns » Union Summer Kicks Off with May Day


Union Summer Kicks Off with May Day

The summer 2015 officially kicked off for unions across the country with International Workers’ Day (or May Day) celebrations. Many AFM Locals took part in their cities. For a history of May Day and photos of several locals at this year’s May Day events see page eight.

Another annual event for unions is the Union Plus conference. This year’s conference was held in Denver, Colorado, and AFM Executive Secretary Nadine Sylvester took part, along with 29 other representatives of various unions. At the conference, she participated in workshops about money-saving benefits and services available to AFM members, including AT&T wireless discounts, mortgages, credit cards, and more. Here are some seasonal AFM Union Plus benefits you might not be aware of. 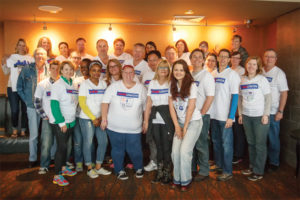 AFM Executive Secretary Nadine Sylvester (front row, fourth from left) was one of 30 international representatives that attended the annual Union Plus conference.

For travel discounts visit UnionPlus.org/Travel, where you can:

Have a safe, happy, and gig-filled summer!

On another note, as I read about Bob Popyk visiting with the Gatlin brothers, I was reminded of a sad 3:00 a.m. call from Patrick Swayze asking me to sing at his memorial. Being a wiseass, I asked if he had a backup band for me. He said, “Yes, a$@%!, I got you the Gatlin brothers.” Sure enough, all too soon, we performed together at Sony Studios, on the soundstage where the music for Wizard of Oz was recorded, with the memorial emcee Whoopi Goldberg dressed as the Wicked Witch. It turns out Patrick and the Gatlin brothers had written songs together.

May Day, or International Workers’ Day, celebrates the world’s workers and the contributions they make to society. It’s a chance to promote labor issues of the day, like immigrant worker rights, living wages, and pension for jazz musicians in New York City.

It also commemorates the Haymarket affair. In 1886, Chicago was the center for a movement demanding an eight-hour workday. May 1-4, tens of thousands of workers walked off their jobs. When police fired on protestors at a May 3 strike, killing two, a meeting and demonstration was called for the following day at the West Randolph Street Haymarket. When police ordered protestors to disperse, someone threw a bomb, killing one officer and fatally wounding others. Police then fired wildly into the crowd, killing and wounding workers. In the aftermath, seven anarchists, not tied directly to the bomb, were sentenced to death. The trial, now considered one of the worst miscarriages of justice, focused on their writings and speeches. Not surprisingly, Chicago’s May Day includes a somber memorial gathering at Haymarket Square. Chicago Labor Federation Secretary-Treasurer Bob Reiter spoke at this year’s remembrance, tying the 1886 labor struggles to today’s worker challenges: “You see, back in the 1880s they fought for a living wage. They fought for the eight-hour workday. And they rebelled against the attacks, both on their wages and physically here in the city of Chicago.” 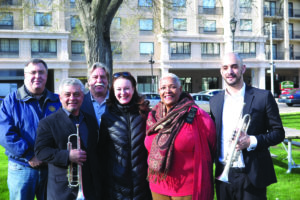 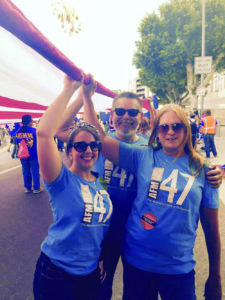 Local 47 (Los Angeles, CA) Communications Director Linda Rapka, along with members Michael Ankney and Diane Lauerman, carried Old Glory from Chinatown to City Hall as part of a May Day march and celebration in Chinatown. 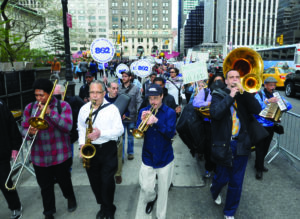 Local 802 (New York City) musicians led a May Day march at a rally to end income inequality. In the front row (L to R) are: Chris Bates (trombone), Jay Branford (saxophone), Kevin Blanq (leader, trumpet), Rick Faulkner (trombone). Behind them are Dale Turk (trombone), Stephen Schatz (drum), Brevan Hampden (drum), Kenny Bentley (sousaphone), and Paul Stein (melodica). Justice for Jazz Artists used the day to call attention to their cause: for the owners of the jazz clubs where musicians perform to contribute to a pension for the musicians. 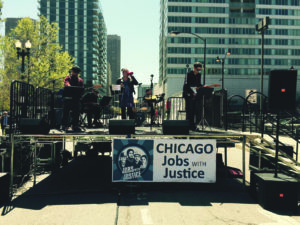