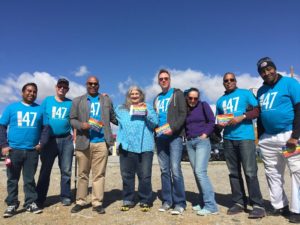 The AFM and Local 47 announced that an agreement has been reached with the producers of Amazon original series Transparent to cover musicians working on the show under a union contract.

Producers at Picrow swiftly agreed to sign on to the AFM television and new media agreement after musicians from the Los Angeles musicians union spoke out publicly late last month asking where was the pride for musicians, pointing out the unequal treatment of musicians who were not covered under a labor contract unlike all the actors, writers, directors, crew and other workers.

“We thank Transparent producers at Picrow for stepping up to treat musicians as equal workers,” says AFM Local 47 President John Acosta. “Musicians contribute as much to a production as all other workers, and we are happy that those working on the series will receive fair treatment, dignity and respect in the workplace.”