TMA: Broadway and Beyond 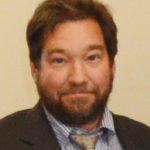 I’ve served on the Theatre Committee since 2008, first as co-chair (with AFM International Executive Board member Tino Gagliardi as chair), then as its chair in 2010. At Gagliardi’s urging, I joined TMA later that year as the Broadway director. Broadway director is a liaison position—a link between what happens on Broadway and TMA. As director I discovered that, not only do happenings on Broadway affect the rest of the country, but things that happen around the country affect Broadway, such as downsizing of the pit orchestras. Because of this link, communication between TMA and the Broadway community is essential.

On Broadway, producers say that this is their best year ever. (They’ve been saying this for several years now.) We’ve seen many shows with large orchestrations, such as On the Town, The King and I, South Pacific, and American in Paris. These shows are well received by audiences and critics. But there are other shows that request smaller than the minimum chairs, and shows that return for a second or third run with smaller orchestrations than the original run, such as Les Misérables and Spring Awakening.

TMA, with help of the AFM, tracks the size of orchestras in touring Broadway shows. Reduced orchestrations are as much of a problem on the road as they are on Broadway. Both the Pamphlet B and Broadway CBAs are agreements with the Broadway League of Theatre Owners and Producers, and both expire next March.

The AFM Pamphlet B Touring Agreement covers musicians traveling with theatrical productions in the US and Canada. When it was last negotiated in 2012, substantial improvements were made. Elimination of the “tier” structure put more money in the pockets of musicians. There were also improvements in health contributions, vacation pay, doubling, sound check and rehearsal pay, as well as annual wage increases. The AFM replaced the tiers with the Short Engagement Tour (SET) Agreement. For smaller, shorter-stay productions, it gives the League relief from full Pamphlet B rates, without putting musicians in the poor house.

The Broadway Agreement was last negotiated in 2011. It gave annual wage increases, but no improvements were made in other areas. We hope for successful agreements with both contracts.

There is good communication between TMA and Broadway, and the level of communication within TMA is strong. TMA is made up of local and touring musicians. Our executive board holds regular meetings to hear from our chapters, committees, and members. We can find out if a concern with a production is an isolated event or is occurring from city to city. If necessary, we can contact the AFM Touring and Travel Division, as we have a strong relationship with them.

Information about tours and tour itineraries is shared with members on the TMA website (www.afm-tma.org). Touring musicians can see where their show is going, and local musicians can see what shows are coming in and when. We are on Facebook. Along with our regular Facebook page, there is a TMA Traveller’s Forum page for musicians to share comments on restaurants, lodging, and anything else that may be of interest on the road. We send out frequent bulletins and email blasts to keep members informed and updated about current events.

We are constantly on the lookout for virtual orchestras, prerecorded tracks, or loops in productions. We are greatly concerned with reduced orchestrations and the effect that they have on production quality and musician health. Smaller orchestras mean more blowing, less sectional support and the combining of parts, all of which equals more work for musicians, and more profit for the show.

A recent call to action concerns Boston’s Colonial Theatre, which may be turned into a dining hall/student center by its owner, Emerson College. The Colonial is the oldest continually-operating theatre in Boston, and is home to many touring productions. TMA is distributing a petition to keep this beautiful cultural resource alive so it does not become a line item on the college’s accounting sheet.

TMA is a voluntary organization. It depends on recurring membership dues. I can’t predict what the Pamphlet B negotiations will be like next spring, but I can say that TMA will be there, working with the AFM, representing working musicians to try to achieve the best deal possible. We are talking to members and have put together a Pamphlet B committee to explore areas of concern. Whether you are a touring or local theatrical musician, you will benefit by joining TMA. Our modest dues can be paid through our website. If you are a current member, we hope you continue your membership so that TMA can keep fighting the good fight.