The Truth About Foreign Royalties 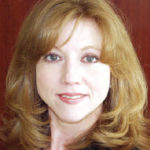 The Music Performance Trust Fund (MPTF) will celebrate its 75th Anniversary in 2023. This article explores the establishment of the MPTF, which led to the formation of the AFM’s pension and residual funds. If you receive benefit payments from the American Federation of Musicians and Employers’ Pension Fund, residual distributions from the Sound Recording Special […]

A vexing problem that has been, and continues to be, a challenge is the slow but steady decline in AFM membership. At one point in our history, the AFM had over 300,000 members. Of course, those were the days that many radio stations had entire symphony orchestras on staff, theaters had orchestras to accompany the […]