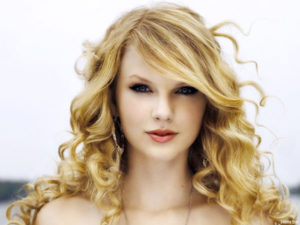 Yesterday US District Court Judge Gail Standish dismissed a lawsuit brought against Local 257 (Nashville, TN) member Taylor Swift by Jessie Braham. Braham claimed that in writing the song “Shake It Off” Taylor took lyrics from his 2013 song “Haters Gone Hate.”
The plaintiff had requested a waiver of the court filing fee as he had no means to pay it. That ended up a benefit to the defense, as it provided an early opportunity for the court to assess the allegations.
“When such a request is made, the court screens the suit to see if the allegations appear to have merit,” explains J. Michael Keyes is an intellectual property partner at the international law firm Dorsey & Whitney. “The Magistrate Judge considered the allegations and listened to Mr. Braham’s song “Haters Gone Hate” and Ms. Swift’s smash hit “Shake it Off.” The Court noted that after listening to the two songs, there is no support for Mr. Braham’s allegations.”
In making her ruling Standish used several puns, noting “the court is not saying that Braham can never, ever, ever get his case back in court,” and that, as currently drafted, “the complaint has a blank space—one that requires Braham to do more than write his name.” She concluded, “At least for the moment, defendants have shaken off this lawsuit.”
“The court’s recommendation is a welcome outcome. Copyright law is meant to protect one’s original musical composition from misappropriation by another. One need only casually listen to the two works to see that Ms. Swift’s smash hit bears no resemblance to Mr. Braham’s work,” says Keyes.