Sexual harassment is a form of illegal discrimination that violates Title VII of the Civil Rights Act of 1964. At the March AFM International Executive Board meeting, the board adopted an updated sexual harassment policy that is unambiguous and instructive. The policy applies to all AFM employees whether they work in our New York City, Los Angeles, Toronto, or Washington, DC, offices, as well as those AFM employees who work “on the road” (international representatives and negotiators/organizers).

The updated policy is one part of a three-part initiative in response to heightened awareness of sexual harassment in the workplace. This initiative includes: (1) updates to the AFM sexual harassment policy, establishing zero tolerance for sexual harassment; (2) training on the new policy for all AFM staff, with an emphasis on preventing sexual harassment, recognizing it when it occurs, and reporting it to AFM leadership so it can be dealt with appropriately; and (3) providing guidance for AFM local officers who receive complaints from members about sexual harassment occurring in AFM-represented workplaces. 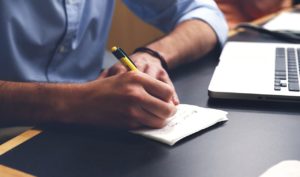 AFM Director of Symphonic Services and Special Counsel Rochelle Skolnick is leading the training for US AFM employees. She has also created a training module for local officers and will be presenting it at AFM regional conferences this year. Skolnick observes, “We are at a moment as a society when there is less tolerance than ever before for the sexualization of workplace interactions, ranging from off-color banter to abuse of power in an attempt to attain sexual control. By providing these resources to all AFM staff and local officers, the AFM takes a strong stand against abusive behavior and in support of a workplace culture that values the full participation of all individuals.”

The first staff training sessions took place April 4 in the AFM New York City office. Copies of the Sexual Harassment policy were distributed to those attending, followed by a 30-minute training presentation. Attendance at one of the two sessions was mandatory. Additional sessions will be held for the Los Angeles and Washington, DC, offices. There will be virtual training presentations (via GoToMeeting) for AFM staff who work on the road.

The AFM is firmly committed to a workplace environment that is free from sexual harassment. Training AFM employees serves to educate our staff and sends a strong and clear message that sexual harassment will not be tolerated.

The Music Performance Trust Fund (MPTF) will celebrate its 75th Anniversary in 2023. This article explores the establishment of the MPTF, which led to the formation of the AFM’s pension and residual funds. If you receive benefit payments from the American Federation of Musicians and Employers’ Pension Fund, residual distributions from the Sound Recording Special […]

A vexing problem that has been, and continues to be, a challenge is the slow but steady decline in AFM membership. At one point in our history, the AFM had over 300,000 members. Of course, those were the days that many radio stations had entire symphony orchestras on staff, theaters had orchestras to accompany the […]