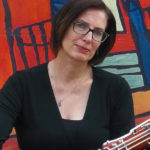 During the first week of August, delegates representing orchestras from all corners of the nation convened in Phoenix, Arizona, for the 33rd Annual Regional Orchestra Players Association (ROPA) Conference, hosted by Local 586 (Phoenix, AZ) and Arizona Opera Orchestra, with activities centered at the Westin Downtown Phoenix Hotel. ROPA’s annual conference is one of the most important benefits of ROPA membership. Information gleaned the conference assists with negotiating, organizing, and understanding the current state of the orchestral world.

The opening session featured addresses by Local 586 President Jerry Donato, Arizona Opera General Director Joe Specter, and Arizona Commission for the Arts Communications Director Steve Wilcox. Donato reported that union membership in the area is up, despite the fact Arizona is a “right to work” state. He shared recruiting techniques Local 586 implements. Specter highlighted several of the opera company’s successful projects. Wilcox reinforced the common knowledge that arts and culture radiate throughout the economy. The final presentation of this first morning was a well-received presentation on hearing protection with Heather Malyuk, AuD, of Sensaphonics.

Delegates spent much of the first day in valuable small group discussions with their members-at-large, sharing information with orchestras of similar budget sizes. Wrapping up official business for the first day, new delegates received training from ROPA officers and members of the AFM Symphonic Services Division (SSD).

AFM SSD Director Rochelle Skolnick and Negotiator Todd Jelen led the delegates through a lively role-playing activity, “Internal Orchestral Organizing.” The day’s final presentation was by ROPA’s good friend and former AFM Negotiator Nathan Kahn, who shared his wealth of knowledge on negotiations. That evening, conference attendees traveled to the home of the Arizona Opera for a dinner hosted by Local 586.

Along with the diversity sessions mentioned earlier, the final day of conference included remarks by SSD staff. Throughout the conference, AFM SSD staff, including Skolnick, Director of Symphonic Electronic Media Debbie Newmark, Chief Field Negotiator Chris Durham, Negotiators Jelen and Jane Owen, and Contract Administrator Laurence Hofmann, provided valuable knowledge and support to our delegates. We thanked them for their service to the orchestral world. We also welcomed ICSOM Attorney Kevin Case who discussed the topic of bullying in the orchestral world.

And finally, we offer our sincere appreciation to the 2017 conference hosts, the musicians of the Arizona Opera Orchestra, Local 586 members and President Jerry Donato, and numerous hard-working local volunteers. We would also like to thank Conference Coordinator Linda Boivin of Local 618
(Albuquerque, NM) and ROPA Delegate Katie Shields for their outstanding work assisting the ROPA Board in presenting a well-run conference.

We look forward to our 2018 34th Annual Conference in Portland, Oregon.