Revenue Sharing in Symphonic Media Agreements—When Are You Owed Money? 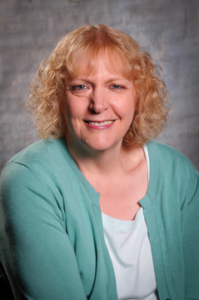 What exactly is revenue sharing and how does it work under symphonic media agreements? Those are questions we frequently hear in the Symphonic Services Division. Join me now on an exploration of everything you ever wanted to know about the subject of revenue sharing.

The concept of revenue sharing has existed for decades in the symphony, opera, and ballet world, but the methods used have morphed over the years from agreement to agreement. Now there are revenue sharing provisions in the Integrated Media Agreement (IMA), as well as the older, but still used, Live Recording Agreement, AV Agreement, and Internet Agreement.

The general idea is simple. The employer makes an upfront payment, if required, to its musicians in accordance with the applicable agreement. The product then goes into the distribution pipeline. Sales dollars drift in. The employer recoups its direct costs from those initial sales dollars, after which they must start sharing revenue with the musicians, as per the terms of the national agreement. Most often this is a 60/40 split of net revenue with 60% going to the musicians.

Under the terms of the IMA, the employer distributes the recorded product in a variety of mediums or enters into a license with a third party to distribute—but not own—the media produced. The rare exception to the ownership requirement is television, which is rarely owned solely by the employer.

Our agreements are designed as a collaborative model requiring the orchestra committees, or in some orchestras a media committee, to be on the front lines participating in discussions with the employer regarding the artistic and financial aspects of each project. This includes a thorough review of the costs incurred by the institution in producing the media product. This is a vitally important step. The only way musicians know when they are due revenue is if they have determined these direct costs in advance. It is only after the direct costs have been recouped that the musicians begin receiving a revenue share.

Orchestra committees should become familiar with how this works and what their responsibilities are in helping to pilot these projects. Consider what happens if this is not done in advance. The product is released, sales dollars are being generated to the institution, and no one knows when or if they are due a revenue share because those direct costs to the institution were not agreed-upon in advance. This has happened often enough to be of concern.

Projects brought to the committee at the last minute are another concern. This is disrespectful to the musicians and the process. These collaborations take time. Being asked to rush through the process in order to say yes to a project at the last minute strips away the very underpinnings of agreements. In quiet times, it is advisable to remind your employer of how important it is to come to the committee well in advance of the date a project is scheduled to begin. That way, the budgets can be reviewed, questions can be asked, adjustments can be made, and if required by the agreement, votes of the orchestra can be taken to approve the project.

When reviewing budgets, one area of concern is the proposed payments to producers and engineers, which are often quite high, sometimes exceeding the total cost of paying the musicians. Needless to say, that makes it much harder to recoup the direct costs. The total cost of the project becomes too high, thereby making the possibility of ever seeing revenue sharing impossible.

If the committee makes their case to the employer well in advance, as part of the review process, it is possible to get those costs lowered. The choice of producer and engineer should never be made in a vacuum. The committee may ultimately agree that, in order to release the best product, the costlier producer and/or engineer is necessary, but that is a joint decision.

Another concern is ensuring that the committee reviews proposed third-party licensing deals well in advance. There have been situations where the employer had already entered into such an agreement and gave it to the committee as a fait accompli. That is not how the agreements are designed. The committee has the right to review licensing deals well in advance. If this step is skipped, you may find yourself in a situation with a detrimental third-party deal and very little or no revenue will trickle down to the institution.

In addition, there may be language in these third-party deals that allow the distributor to sublicense the product to other entities. That’s fine; what isn’t fine is if those sub-licensees enter into agreements that bypass the requirement to pay royalties for noninteractive streaming—something the musicians are entitled to under the Digital Millennium Copyright Act. In the symphony, opera, and ballet world, that translates into sharing 45% of the noninteractive streaming royalties as the featured artist.

We have a few ruthless sub-licensees that have entered into such agreements. The result is that the noninteractive streaming royalties do not get paid into SoundExchange for later distribution through the AFM/SAG-AFTRA Fund. Please call us if you suspect this might be an issue. Often musicians who are more aware of the potential pitfalls end up educating their employers to watch out for these deals. The employer is the copyright holder, and as a result, is entitled to a 50% share of the noninteractive streaming royalties. This can affect the institution’s royalty share simply because they may not fully understand the licensing agreements they are asked to sign in order to distribute the product.

Let’s use everything at our disposal to ensure the best possible outcome from the creation and distribution of media product in our orchestras. If you have questions please do not hesitate to contact me via email (dnewmark@afm.org) or phone (917-229-0225).