Protect Your Union Against National Right to Work 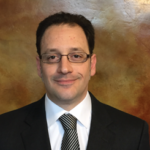 “Right to work” laws may soon be coming to every state in the union. On February 1, Representative Steve King (R-IA) introduced a bill crafted by the National Right to Work Foundation that would make private sector workplaces in every state right to work. This means that employees would receive the benefits of collective bargaining without being required to be union members. In addition, the bill would alter the Railway Labor Act, making railway and airline jobs right to work, which will not only affect our brothers and sisters in those industries, but could possibly make our airlines and rail systems less safe. The arguments against right to work have been well documented in the International Musician over the past few months. I would like to discuss what each of us can do to fight against the effects of these laws and to grow our power in the face of coming adversity. Following are a few simple things you can do to prepare your contracts.

1) Negotiate multi-year contracts before the law takes effect. Contracts in place when the law takes effect will be enforced (including the union security clause) for the life of the agreement. Use this time to organize and get ready for the future.

4) Maintain the role of the union as exclusive bargaining agent. Management may attempt to dilute this role through “artistic policy” committees or through musician representatives to symphony boards. By discussing wages, hours, and conditions of work under the guise of “artistic policy” or board privilege, they hope to circumvent the union and its agents, the orchestra committee. Don’t agree to provisions in your contract that would overempower these committees. Be vigilant of management pressuring musicians who serve on committees into overstepping their roles.

In addition to the above precautions, the single best practice against right to work has always been to organize your members. For those of us currently in free bargaining states, it is time to start analyzing your workplaces for possible fault lines. You should have an accurate idea of what everyone’s issues and concerns in the workplace are so you can effectively address them all. Create short and long-term plans to realize each issue and include members in their planning and execution.

As we analyze our workplaces, we must also analyze ourselves. Do we truly hear others’ opinions or do we brush them off? Do we include minority opinions in our conversations, or do we push on without regard to them? Organizing is difficult and takes time to do effectively. Well-meaning advocates can often perpetuate the very divides we are trying to heal when they cut corners. We can only engage everyone in the process when all are heard and given an opportunity to participate. Inclusion leads to ownership, which leads to solidarity and true power to fight for our interests in the workplace!

For those of us already in right to work states, this may seem like business as usual, but it doesn’t have to be. There are many cases in process that seek to challenge, as well as to expand, right to work laws and national right to work may be ineffective for some time, pending the outcomes. In addition, you are about to see your brothers and sisters in free bargaining states come together to combat right to work.  Now is your time to join their call to action to bring the fight to all 50 states. If we all work together, we can improve our circumstances no matter what congress and corporate interests try to impose on our workplace democracy!