Home » Legislative Update » The Power of Organizing Through Diversity


The Power of Organizing Through Diversity

On October 5-7, the AFM Diversity Committee met in Las Vegas, Nevada, to set local and national organizing plans in motion for 2014 and 2015.  Under the supervision of AFM President Ray Hair, Director of Organizing & Education Paul Frank, and myself, the committee laid out plans to survey and identify potential organizing opportunities within their respective music markets, and most importantly, bring locals on board in support of the AFM Listen Up! Campaign. The committee, chaired by Local 47 (Los Angeles, CA) Vice President John Acosta and coordinated by myself, is comprised of nine members from strategic locations across the US and Canada.

The committee reviewed its mission, purpose, and past practices with the ultimate goal of bringing diversity activities squarely in sync with national organizing goals. In addition to promoting rank-and-file participation, the group’s efforts now focus on opportunities within all musical genres within their communities, including in jazz, country, hip-hop, rap, symphonic, rock, Latin, R&B, world, and music relating to indigenous cultures currently making its way through concert halls, theaters, television, film, radio stations, and local festivals in various locations throughout the US.

The group’s work will be measurable in that it lays out detailed plans for successful projects and campaigns, while providing viable new inroads into diverse music communities, identifying new leaders, and developing detailed reports and evaluations.

At the conclusion of Diversity Committee organizing meetings, AFM President Hair and I met with Las Vegas Local 369 President Frank Leone, Secretary-Treasurer Keith Nelson, and the Local 369 executive board to discuss organizing opportunities in the Las Vegas area. There was also a substantive discussion with the board about the new Signature TEMPO Program. 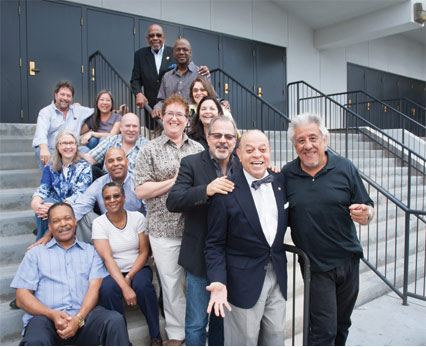