In each federal election year, the major parties create a national caucus that comes together to outline their party’s legislative-political principles and goals. The resulting document is commonly referred to as the “party platform”. In most instances, the platform reflects the ideals upon which a party would govern, while also underscoring principles and policies that it has previously embraced and operated under.

With the national election taking place Tuesday, November 8, I have reviewed both the Republican and Democratic platforms with an eye toward the issues that most impact AFM members. Some of the following text is carefully paraphrased, while much of it is quoted directly from the printed platform documents adopted at each party’s convention. We encourage you to carefully review this article.

To read these documents directly, the Democratic platform can be accessed at www.demconvention.com/platform/, while the Republican platform can be accessed at www.gop.com/the-2016-republican-party-platform/. As you research and prepare to vote, you may review respective stances on each of the items listed in this article by visiting the DNC and RNC websites. Please note, this article serves only as a basic guide relating to union issues, it does not attempt to cover every topic outlined in either party’s respective published platforms. 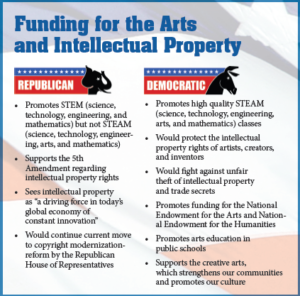 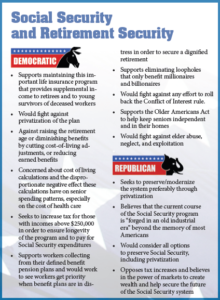