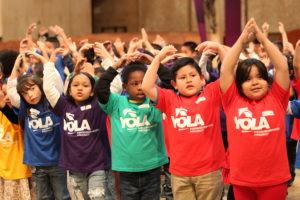 “This program is using music for social change,” says HOLA Executive Director Tony Brown. “It’s trying to empower those kids to reach their potential and expand their horizon.” More than 350 families are wait listed for participation in HOLA programs, which include both arts and athletics.

The programs reach more than 2,000 kids each year who come from neighborhoods where the poverty rate is more than 35% and more than a quarter of households earn less than $15,000 per year. Gangs roam the streets and the high school graduation rate is about 50%.

“The orchestra becomes a metaphor for community. It becomes a safe place to develop and be heard—to have a voice and to find a voice,” says Brown. Of the 63 students who were high school seniors in HOLA programs in 2015, 100% graduated and 97% went on to college. 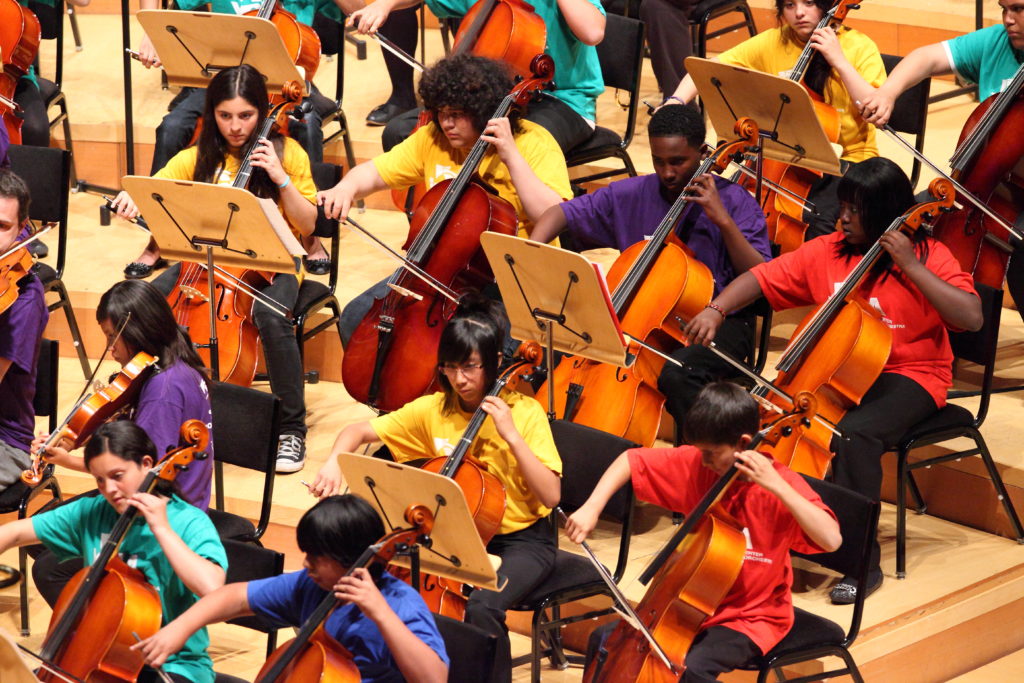