Music Provides Hope in the Age of Incivility 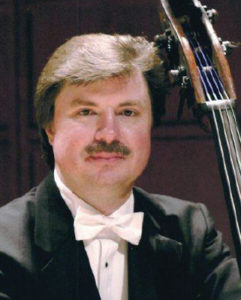 Words matter, and facts matter, even if it might not seem that way in our current sociopolitical climate. Turn on the 24-hour news channels at any moment of the day, and you will be assaulted with a steady stream of harsh and insulting language, spewed by so-called experts who are inventing facts to fit into their own narrative.

It all seems so unnecessary. In recent days I have observed commentators on the news channels using incorrect historical references to make their points, misquoting historical figures, and using obscure references, while the interviewers don’t seem to know to challenge them. It is as if the climate suggests that facts can be invented, and the loudest words are the only ones heard.

As musicians make the case for the importance of their orchestras and for support of the labor movement, our cause is best served when we offer an elevated message that inspires our supporters and our members. This is especially true for orchestras that exist in a philanthropic environment, dependent on a donor base to survive and thrive. The need for uplifting advocacy is crucial for the success of our organizations and our negotiations.

The musicians of our orchestras have led the way in this regard for decades, and have repeatedly fought diligently for the survival of their orchestras and the advancement of working conditions. Each orchestra that has taken on this cause of advocacy has informed all those that have followed. Every orchestra has learned and benefitted from the support of their colleagues through the International Conference of Symphony and Opera Musicians (ICSOM) and the AFM.

Orchestra musicians have found inspiring ways to make their case to their communities. Each holiday season, the musicians of the San Antonio Symphony engage in a caroling project at children’s hospitals in their city. The musicians of the Utah Symphony created a program that brings music to the Huntsman Cancer Center. The Oregon Symphony Players Caroling Project brings music to numerous hospitals in their city, while the Baltimore Symphony Orchestra musicians serenaded patients and staff at Johns Hopkins Children’s Center.

Chicago Symphony Orchestra violist Danny Lai recently wrote about his experiences traveling to the Middle East in 2013 bringing music to refugees, through his program called Music Heals Us. The Philadelphia Orchestra’s principal trumpet, David Bilger, has been teaching one of the only trumpet students in Afghanistan through Internet lessons. Then he helped raise money for the student to study at Interlochen Center for the Arts through a GoFundMe campaign.

These are just a few examples of innovative advocacy. The musicians in orchestras everywhere are demonstrating the importance of investing in our orchestras and reaching all areas of the community. At the same time, they continue to perform great music in great concert halls as orchestras continue their revival from the depths of the 2008 economic downturn. Orchestras in Chicago, Cleveland, Pittsburgh, Indianapolis, Atlanta, and many others have seen increased attendance. Numerous large gifts have arrived, including a $25 million donation for the New York Philharmonic and a $1 million gift for the Buffalo Philharmonic Orchestra’s endowment. And, in news just reported, we celebrate the long-awaited rebirth of the New York City Opera.

As of this writing, we hope for positive news from negotiations in Hartford, Grand Rapids, and Fort Worth. The musicians of those orchestras are making their case to the community in innovative and inspiring ways. Their friends and colleagues throughout ICSOM and the AFM stand ready to assist them, and all musicians everywhere, whenever needed.

It is clear that in this age of incivility, musicians can lead the way by continuing to offer an elevated message of hope to the world. In doing so, the world will surely benefit … as will musicians everywhere.