Music & Memory: Every iPod Brings a Lifetime of Memories! 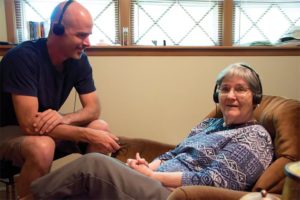