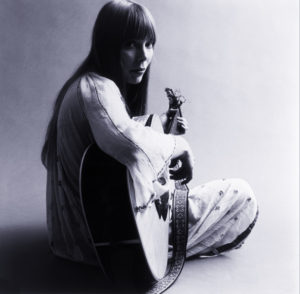 Joni Mitchell Honored with Polaris Award —Local 47 (Los Angeles, CA) member Joni Mitchell’s fourth album Blue (1971) was selected as the inaugural winner of Canada’s Slaight Family Polaris Heritage Prize, representing the time period of the 1960s through 1970s. “This is the Polaris version of a hall of fame. As with the main Prize, we hope this award will lead to more discussion and discovery of timeless recorded art from our history,” says Polaris Founder and Executive Director Steve Jordan.

The annual Polaris Music Prize began 10 years ago to honor the best Canadian album of the year. The brand new Heritage Prizes are designed to answer the question of which album would have won the Music Prize had the honor existed in the 1960s through 2005.