Home » On the Cover » Minnesota Orchestra Lessons Learned from a Lockout 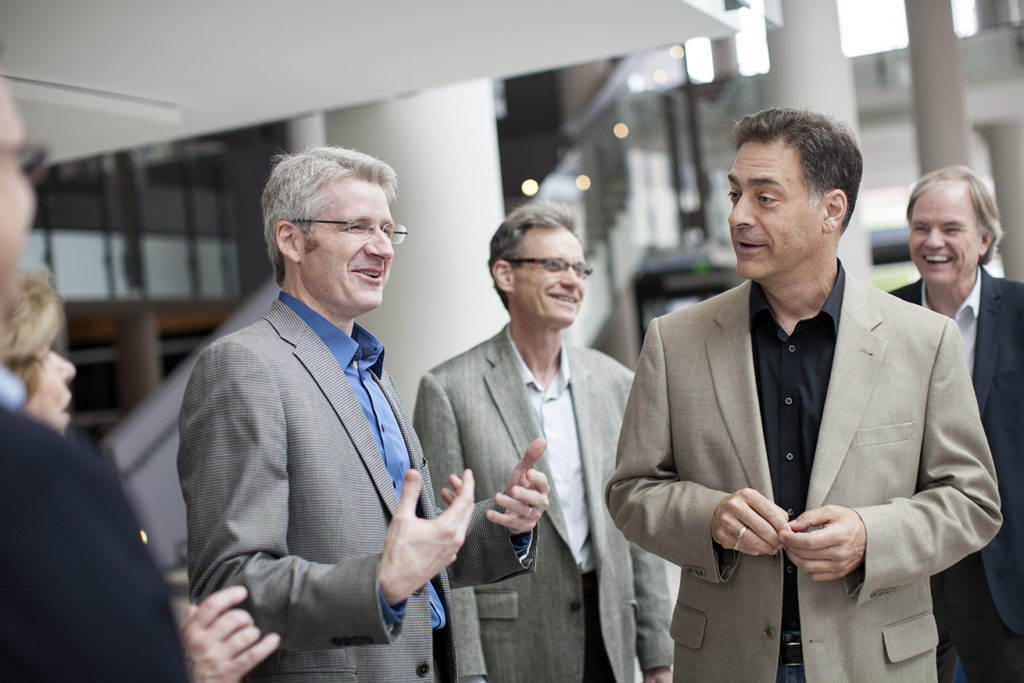 After a 16-month lockout, the longest endured by any American orchestra in history, the Minnesota Orchestra is back on stage. Music is once again filling Orchestra Hall in Minneapolis to rave reviews from both the critics, and more importantly, the audience. After resigning from his post last October, Osmo Vänskä has returned to the podium as music director. Concerts are selling well, thanks to an engaged and enthusiastic community that had been deprived of a cultural treasure beloved in the Twin Cities for more than 110 years.

After all the turmoil and strife, public outcry, and struggles musicians faced without paychecks or benefits for more than a year, people have been asking, “Are things finally back to normal?” The answer, it turns out, is a complex one. The orchestra is performing together once again on a regular basis, and many members are finally returning home from working with sympathetic and supportive orchestras far and wide. However, “normal” does not quite capture the current reality. Cautiously optimistic is, perhaps, more accurate. New board leadership is calling for increased collaboration among all constituencies within the organization and the community. A new administrative interim head of the organization has just been installed, and the musicians are currently far more involved in the artistic planning and general operations than at any other time in recent memory. The organization, as a whole, appears to be moving in a positive direction.

There is still much work to be done and the road ahead will be far from easy. However, the musicians feel that they may be on the verge of a “new normal” where they will be far more involved in many aspects of the organization, both on and off the stage, than ever before. In retrospect, how did the musicians of the Minnesota Orchestra weather the 16-month lockout in such a way as to give the institution a chance at this new normal?

IM: It has been well-documented that the Minnesota Orchestral Association (MOA) was seeking drastic changes to your contract, both economic and noneconomic, which led to the lockout. What support systems were key to your tenacious solidarity?

Zavadil: First, and most important, we received extraordinary support, every step of the way, from the AFM, especially the Strike Fund; ICSOM, AFL-CIO, union affiliates such as Working Partnerships; our own amazing Brad Eggen, Tom Baskerville, and everyone at Local 30-73. Friends and musicians around the country sent their support, both financial and moral. And huge thanks also go to the orchestras that hired our musicians as subs and extras. We can’t overstate how much this helped. 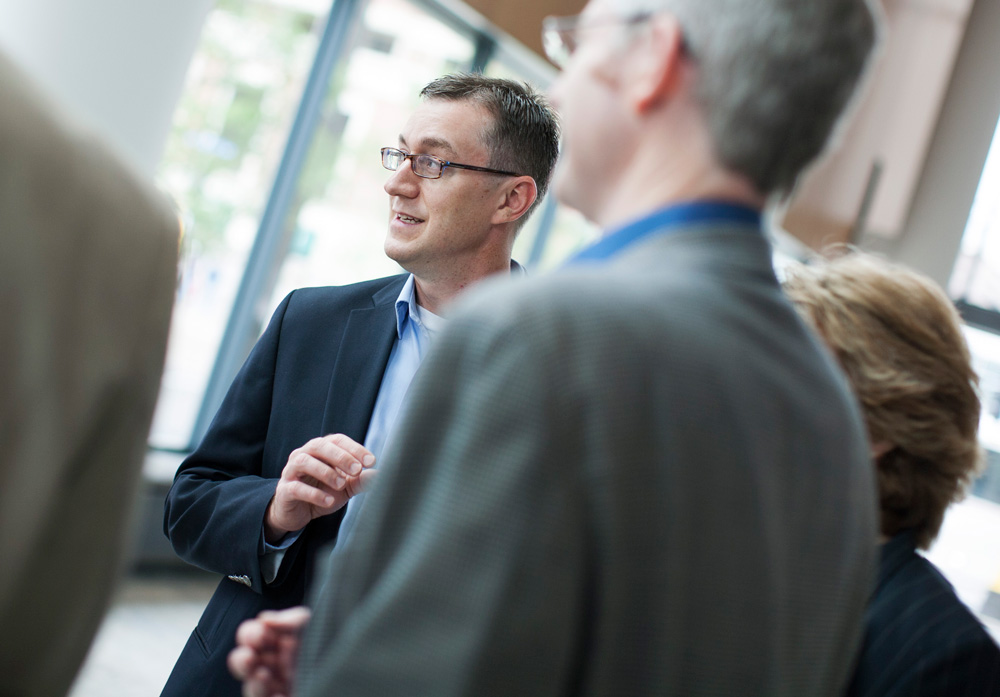 Wright: We had incredible support from an energized and enthusiastic audience and advocacy groups such as SOS-MN, Young Musicians of Minnesota, Orchestrate Excellence, as well as dedicated bloggers Emily Hogstead (Song of the Lark), Scott Chamberlain (Mask of the Flower Prince), and others who followed, researched, and understood the issues in great depth.

Peck: In a strange way—I’m afraid I’m starting to sound like Osmo—the work kept us together. Producing our own concerts kept us in the public eye and allowed us to drive the news ourselves. And making music together allowed us to continue to view ourselves as an orchestra, as musicians. It kept us in shape and in touch with our audience. We are enormously grateful to the many conductors and soloists who so generously performed with us. These friendships mean the world to us. It was a ton of work, especially for our PR and concert committees, who mastered everything from website and social media to dealing with logistics of venues, contracts, ticketing, broadcasts, you name it. At last count, we had 13 committees that worked on everything from programs to merchandise, hospitality to fundraising, and education.

Watkins: One of our strengths was that we started building infrastructure early. Our Logistics Committee researched tools and organizations that could provide financial advice or assistance. PR had the website up and running long before the lockout began.

Ross: Perhaps most important, we kept in touch with each other. A local church provided space for weekly meetings. Everyone had a chance to voice fears, outrage, concerns, and questions. We welcomed family members who, by the way, were key in staffing our concerts!

Eggen:  The orchestra work stoppage had a domino effect on the local music scene that taxed our entire membership. The stamina and undying support of our colleague musicians in all fields was remarkable, even coming from those who questioned our strategy, style, or actions.

Baskerville: The outpouring of moral and financial support our local received at the 2013 AFM Convention was one of the most profound and humbling moments of my life. As a practical matter, the financial support allowed our local to remain viable and continue to represent all of our members during the lockout. While it is always gratifying to hear and read gracious comments from our orchestra musicians regarding “support from the local,” Local 30-73 has long benefited from an unprecedented level of support and cooperation from the ICSOM and ROPA musicians of the Minnesota Orchestra, Saint Paul Chamber Orchestra, and Minnesota Opera Orchestra.

IM: What advice do you have for other orchestras that may face similar difficulties?

Peck: Start early. Save in order to be personally ready. Respect each other. No two people experience strife the same way, and each person’s reality is real. 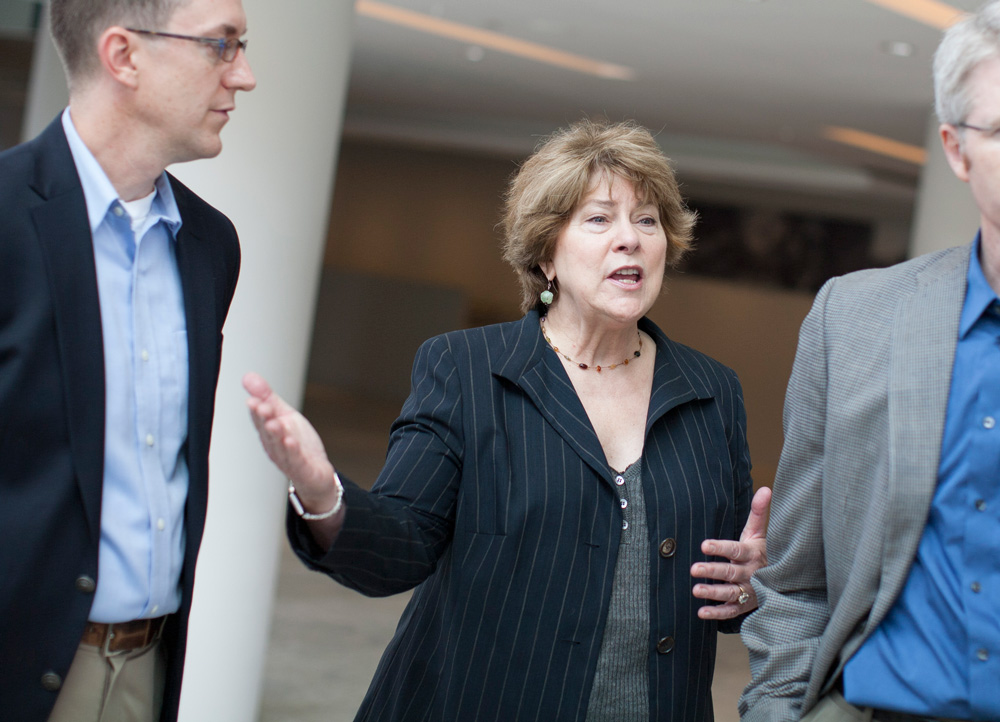 Watkins: Speak with one voice. At one time or another, everyone put the group ahead of themselves. We expressed our personal feelings at meetings and managed never to be judgmental with each other. We were amazed at the discipline of our friends and colleagues in the orchestra. Also, and this is important, we realized, at the beginning, we needed to make decisions keeping in mind that someday we would need to work together again with board, donors, and volunteers.

Eggen: Use this challenging time to enhance your relationship with the listening community. Demonstrate your overriding goal to sustain inspirational music performance. All of the musicians in this dedicated group in Minnesota astounded me personally with their undying bond and commitment to share excellent music with their audience.

IM: What changed to enable you finally to reach a settlement?

Zavadil: After a lockout that had lasted more than a year, there were increasing economic and political pressures on both sides to come to an agreement. Two of our negotiators reached out to rekindle relationships with long-standing, trusted board members. Those informal conversations eventually grew into formal negotiations sanctioned by the board leadership, held in private, outside the spotlight of the press.

Wright: I think it’s important to note that, from our perspective, this ordeal was about far more than a contract negotiation. This was a struggle over the orchestra’s very identity. Our community understood this and demanded that a great orchestra remain in Minnesota.

IM: How have these conversations continued, since your contract settlement?

Wright: These conversations have continued, encouraged by our new board chair, Gordon Sprenger, who believes in a collaborative approach. For example, the musicians, music director, and board have worked together to program the next two seasons. A new liaison committee, made up of board, administration, and musicians, was formed to improve communication and help define common goals. The board has initiated a taskforce to bring together board members, musicians, staff, and community leaders to harness the energy and enthusiasm our audiences expressed for the music they missed.

IM: What lessons have you taken from your experience?

Wright: Open lines of communication between board, musicians, and staff are essential. If dialogue falters, for whatever reason, the organization is in trouble. No one faction of the organization has all the answers. We are all far more capable of serving the art form together, than apart.

Watkins: It’s vital that the entire organization, from top to bottom, stay focused on the mission. It’s also vital that communication is ongoing and transparent. Our institution has been through some soul searching and we believe that the pieces are being put into place that give us a shot at success.

Ross: Keep the board close to the art. Everyone must be clear about the mission.